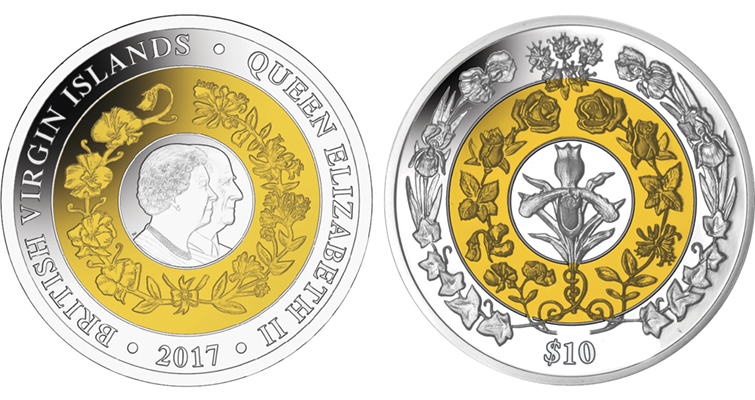 Queen Elizabeth II and Prince Philip's 70 years of marriage are celebrated with a coin featuring flowers and three metals. 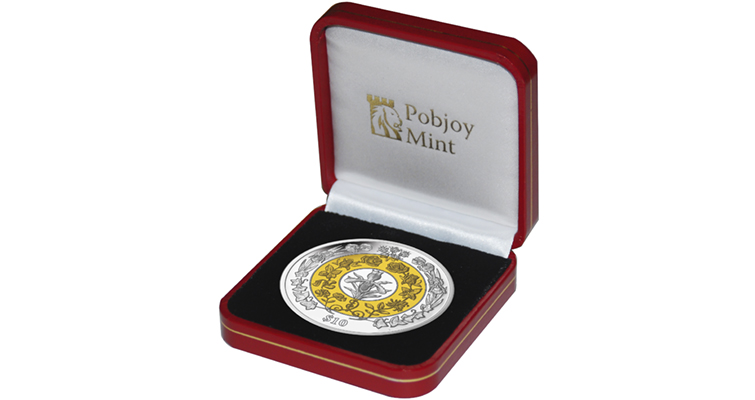 The British Virgin Islands Proof 2017 Flowers of Love .999 fine silver $10 coin is shipped in a red box with a certificate of authenticity. 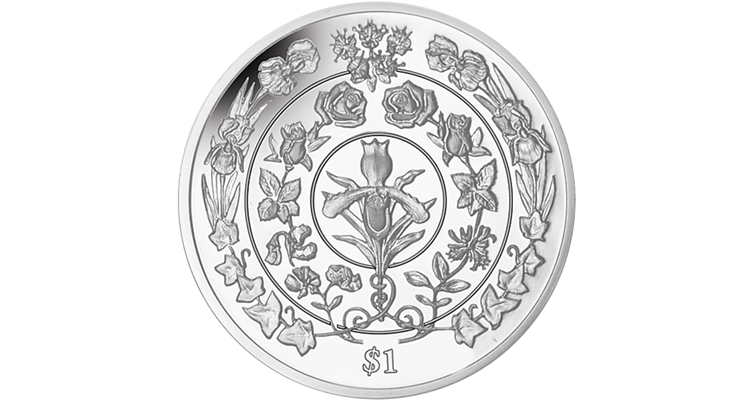 The coin is also produced in an Uncirculated copper-nickel version denominated $1.

The Pobjoy Mint has released special coins to commemorate the 70th wedding anniversary of Queen Elizabeth II and Prince Philip.

The tricolor version of the Flowers of Love coin, denominated $10, showcases different flowers and silver, gold and platinum to represent their major anniversaries together since their nuptials in 1947.

The inner gold-plated circle represents the couple’s 50th anniversary. In addition to roses, the sweet pea and honeysuckle featured represent the birth months of the Queen and Duke of Edinburgh, respectively.

The 70th anniversary is commemorated in the platinum-plated inner circle, with an orchid depicted in symbol of love and long life.

The obverse features a dual effigy — Queen Elizabeth II alongside Prince Philip — within the central ring. The portraits are designed by and exclusive to Pobjoy Mint. Sweet pea and honeysuckle are featured again on the gold-plated center ring of the obverse.

An Uncirculated copper-nickel $1 coin with the same designs retails for $16.95.