Steven R. Roach selected as next editor of Coin World 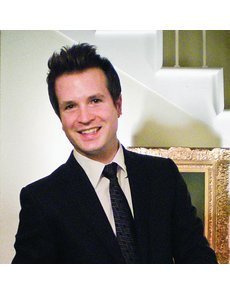 Steven R. Roach, 32, is the new editor of Coin World, effective May 1.

Roach is the fourth editor to lead the editorial staff in the 52-year history of the numismatic hobby’s leading publication. He replaces Beth Deisher, whose retirement is effective April 30, culminating 27 years as editor and 31 years with Coin World.

Steve Collins, vice president, operations, of Amos Hobby Publishing, announced Roach’s promotion April 23. He said: “The same forces of innovation and globalization that have reshaped business are now transforming our niche publishing area and Coin World’s future will see rapid change in the way content is published and disseminated. These are exciting times in publishing and with Steve as editor we are committed to keeping Coin World flexible, innovative, and open to the very best and most productive ideas.”

He added, “I also want to take this opportunity to thank Beth for serving as the editor for the past 27 years. An outstanding editor, she has contributed much to the numismatic community. Over the years she has been a leader, a terrific advocate for the hobby and a great co-worker. Style, creativity, passion, integrity, those are just a few words you could use to describe the qualities Beth brought to work every day.”

Roach began regularly writing for Coin World as a monthly columnist in 2006 and joined the staff full time in 2009 as associate editor. “I’ve been reading Coin World since I was a 10-year-old coin collector, so to now lead the publication as it expands its reach and influence through new media channels is tremendously exciting,” Roach said.

During the past three years he has led the Coin Values pricing analyst team and has written the weekly Market Analysis column. In addition, he has covered legislative and legal issues, including daily coverage of the Langbord 1933 Saint-Gaudens double eagle trial in July 2011.

His writing for Coin World has been honored with Best Spot News Story article awards from the Numismatic Literary Guild in 2009, 2010 and 2011. In 2010 and 2011 Roach received NLG Best Overall Portfolio awards.

Roach received his undergraduate degree with high honors in art history from the University of Michigan. He earned a law degree from The Ohio State University and, while attending law school, worked as a coin grader for ANACS when it was located in Columbus, Ohio.

Early in his career Roach served as a senior coin grader and later as director of the trusts and estates department at Heritage Auctions in Dallas. He also participated in internships with Spink-America and Professional Coin Grading Service, and has worked at a local coin shop.

He is a 20-year member of the American Numismatic Association, which named him Outstanding Young Numismatist of the Year in 1997. He served as a member of the 2000 Michigan State Quarter Design Commission and as a young numismatist was an active exhibitor, winning numerous best-of-show awards at the junior and senior levels.

Roach added: “Beth has taught me so much about what it takes to run a great publication, and I’m immensely grateful for the example she has provided. I’m excited about introducing a new generation of coin collectors to this wonderful hobby.” ¦