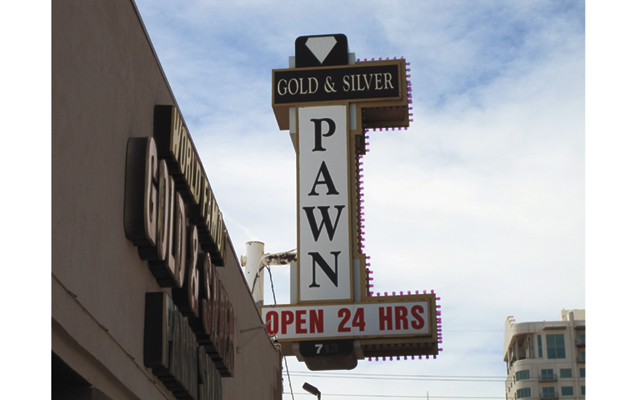 Pawn Stars is a reality show centered around the business at Gold & Silver Pawn Shop and the men who run it.

If you’re interested in making a cameo on the popular History Channel show Pawn Stars, you could get your big break at the Long Beach Coin, Currency, Stamp & Sports Collectible Expo in June.

Casting representatives from Letfield Pictures, which produces Pawn Stars, will be on hand at the expo Friday, June 6, and Saturday, June 7, from 11 a.m. to 2 p.m. They’ll be looking for collectors with interesting items who might want to sell or pawn at Gold & Silver Pawn Shop in Las Vegas, Nev.

"Sellers of all types of historical items are encouraged to come meet the casting director and producer,” Long Beach Expo President Cassi East said in a release posted online. "This will be an exciting opportunity for anyone to bring in items for evaluation and for a possible appearance on a future 'Pawn Stars’ episode.”

Pawn Stars is a reality show centered on the business at Gold & Silver Pawn Shop and the men who run it — Rick Harrison, his father, Richard, and his son, Corey.

"The three men use their sharp eyes and skills to assess the value of items from the commonplace to the truly historic, including a 16th-century samurai sword, a Super Bowl ring, a Picasso painting and a 17th-century stay of execution," the History Channel's show description reads.

The Long Beach Expo is celebrating its 50th anniversary in 2014. It will take place June 5 to 7 at the Long Beach Convention Center. General admission is $8 for adults, and $4 for club members, seniors and children ages 8 to 16.