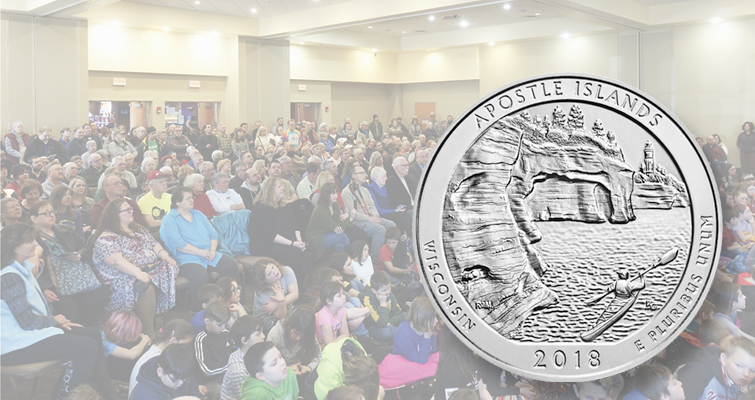 It was standing room only April 11 for the official U.S. Mint launch ceremony in Wisconsin for the 2018 Apostle Islands National Lakeshore quarter dollar. 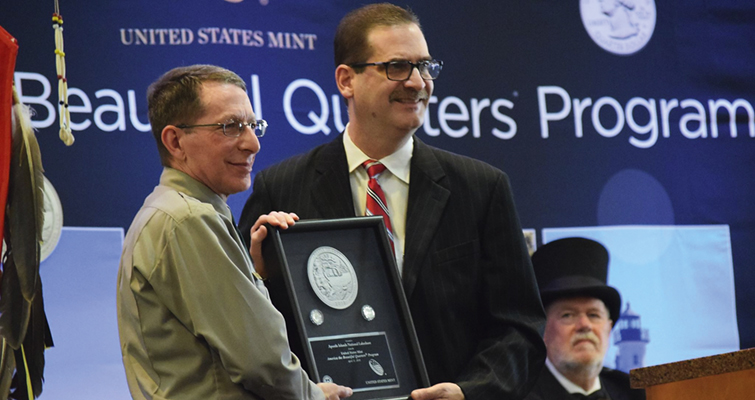 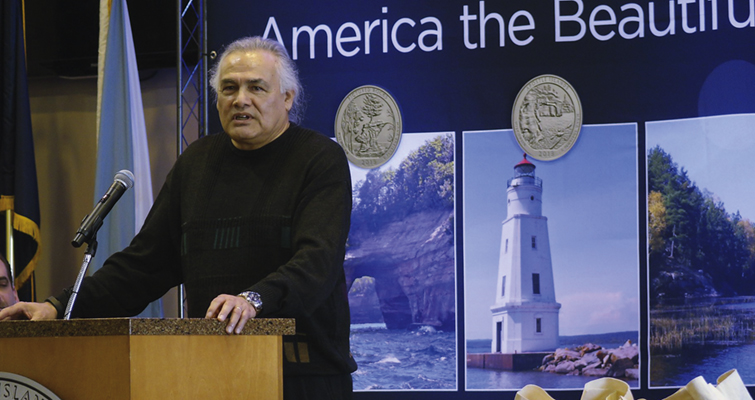 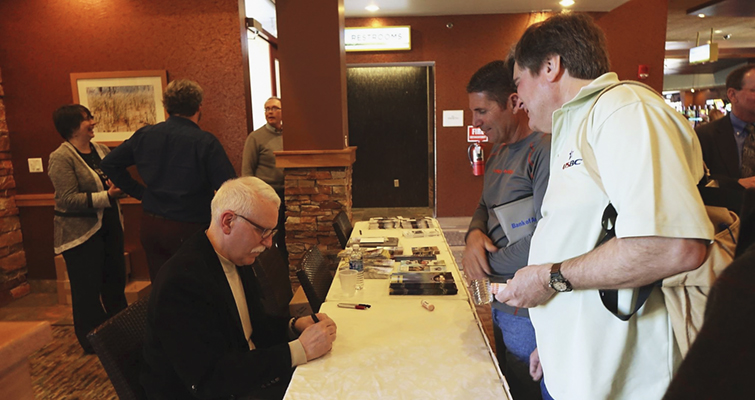 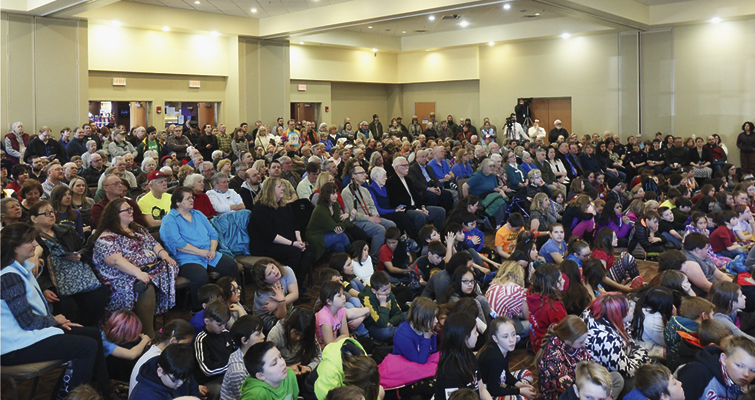 While hundreds of people attended the coin ceremony in person, the event was live-streamed to other locations.

It was standing room only at Legendary Waters Resort in Red Cliff, Wisconsin, for the April 11 launch ceremony and coin exchange for the 2018 Apostle Islands National Lakeshore quarter dollar.

A coin forum was held the night before at the Northern Great Lakes Visitor Center in Ashland, at which 80 people met with United States Mint officials to receive information on upcoming numismatic programs and provide feedback to the bureau on planned initiatives.

The April 11 ceremony was attended by 650 people, including 250 schoolchildren, with the ceremony live-streamed to other locations.

The 2018 Apostle Islands National Lakeshore quarter dollar reverse was designed by U.S. Mint Artistic Infusion Program Artist Richard A. Masters and sculptured by U.S. Mint Sculptor-Engraver Renata Gordon. The design depicts the sea caves at Devils Island with the lighthouse in the background and a kayaker paddling in the foreground.

Masters was in attendance to receive recognition for his design, and he also signed the wrappers of $10 face value rolls containing 40 Uncirculated circulation-quality 2018-P quarter dollars struck at the Philadelphia Mint.

The sponsoring bank for the coin exchange following the ceremony, Northern State Bank from Ashland, Wisconsin, exchanged $26,000 face value in quarter dollars for cash from attendees wanting examples of the newly issued coins. Schoolchildren in attendance each received an example of the new quarter free from the Mint.

Landry presented Krumenaker with a framed display containing an enlarged image of the coin design and one example each of circulation quality quarter dollars struck at the Philadelphia and Denver Mints.