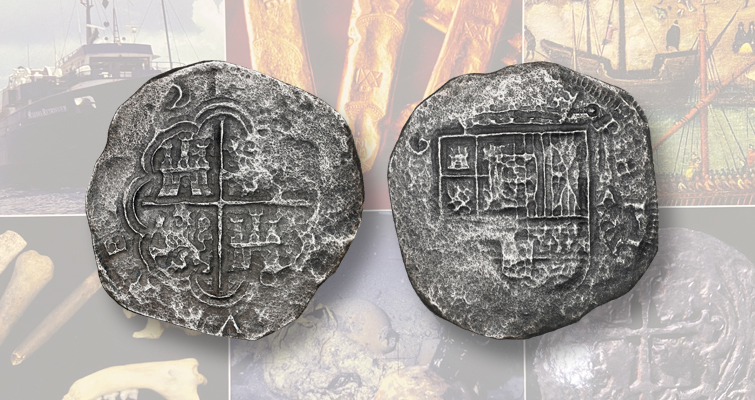 Three coins in that wreck confirmed that hand-struck silver 8-real coins were produced in Nuevo Reino de Granada (today’s Colombia) as early as 1621, a fact that had been suspected but not previously proven.

The finest known example of its type, discovered in a different wreck, but from that same 1622 fleet, highlights Daniel Frank Sedwick’s Nov. 4 and 5 auction in Florida.

The example in the Sedwick sale was found in the “Dry Tortugas” wreck, which some believe was the Portuguese-built Buen Jesus y Nuestra Senora del Rosario.

This coin was once owned by Samuel Zucker, who authored an article about the importance of the coins’ recovery in the Coin World Feb. 28, 2005, issue.

“Colombian silver cobs on the whole and in part are some of the rarest and least known issues of the New World,” he wrote.

Three of the known examples are named after their owners.

Besides the Zucker example, a second clearly dated example of the coin is known as the Sinclair coin, and is referenced in Zucker’s article. A third clearly dated example, known as the Pearson coin, was discovered shortly after Zucker’s writing, and was offered in Sedwick Auction 3 in 2008 (lot 121). A fourth (unnamed) example was sold in Sedwick Auction 8 in 2010 (lot 516).

These three other dated examples, as well as an undated piece Zucker also referenced in his article, were recovered from the Atocha.

An unspecified additional number of undated pieces were also recovered, but those are far secondary to the dated examples, according to the firm.

The present piece is the only one certified and encapsulated by Professional Coin Grading Service, an honor befitting a representative of what was, effectively, Colombia’s first “dollar” coinage, according to the auction house.

Graded PCGS Very Fine Details/environmental damage, the coin weighs 12.68 grams and is “widely acknowledged as the nicest of just four clearly dated specimens,” according to the auction house. 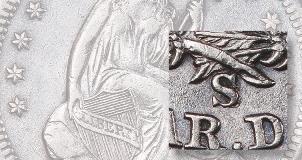 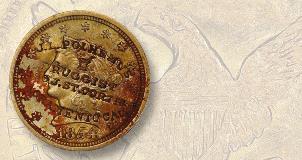 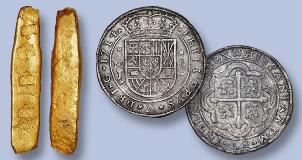