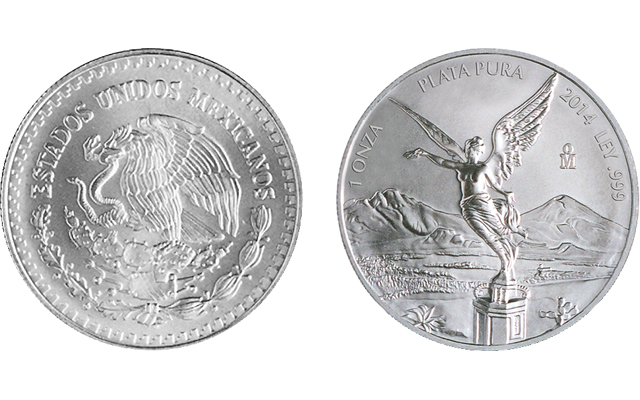 Mexico’s national mint is the oldest coin producer in the Americas, dating back to 1535.  The mint has manufactured legal tender coinage in the city of San Luis Potosí since 1983, including the Libertad bullion coins issued by the Banco de Mexico.

Though previously offering silver Libertads obtained through other channels, Dillon Gage’s announcement notes that the firm is now a direct distributor through the Banco de Mexico, the nation's national bank.

Libertads, issued since the early 1980s, depict the Mexican national seal on the obverse and the Angel of Independence and Mexican volcanoes Popocatépetl and Iztaccíhuatl on the reverse.

According to Dillon Gage: “For decades, the Libertad was overlooked by collectors who flocked to U.S. and Canadian coins. In recent years, however, Libertads have grown in popularity as more collectors acknowledge their beauty.”

The most commonly encountered Libertad is the 1-ounce .999 fine silver bullion version, but the coin is availabe in sizes ranging from one-twentieth of an ounce to 1 kilogram, and in both bullion (or Brilliant Uncirculated, according to the bank) and Proof finishes.

For more information on Dillon Gage Metals, visit the precious metals page on the firm's website or telephone it toll fee at 800-375-4653.