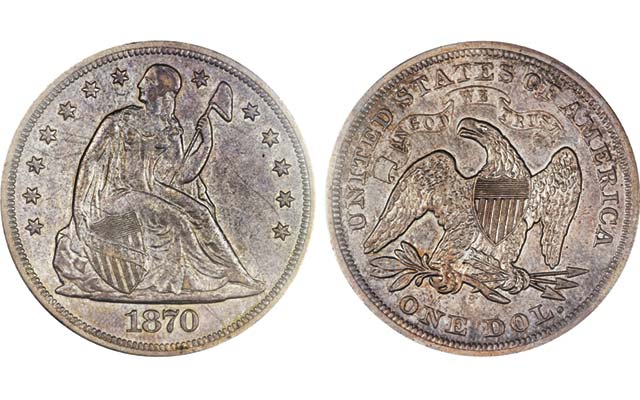 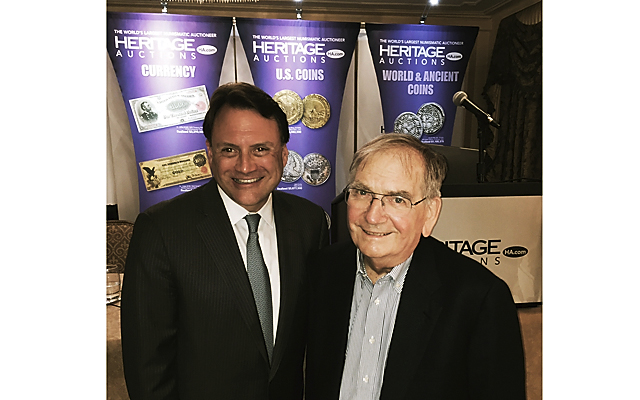 A happy Gene Gardner poses with Heritage president Greg Rohan at the auction, which was held at the Waldorf Astoria hotel in New York City.

Heritage’s third auction of Pennsylvania collector Gene Gardner’s collection of U.S. coins brought $13,787,486 in New York City on May 12. Here is a highlight from that auction:

A rarity with perhaps less name-brand recognition in the Gardner sale was an 1870-CC Seated Liberty quarter dollar graded PCGS AU-55 with green CAC sticker that sold for $188,000.

It is one of the finest known from a low mintage of 8,340 pieces. The rarity was last sold as part of Stack’s Bowers Galleries August 2012 sale of the Battle Born Collection of Carson City Mint coins, where it brought $184,000.

The fourth and final Gardner auction is scheduled for October 2015 and will be devoted to his duplicates, upgrades and specialty pieces that are not otherwise part of his core sets.