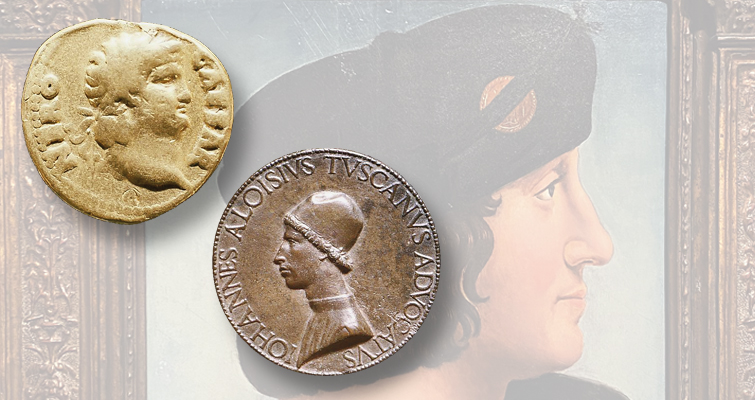 A gold aureus of Nero (left), with the leader surrounded by an inscription, is depicted as a model of Roman portraits of power. The obverse of a bronze Italian Renaissance portrait medal of Giovanni Aloysius of Tuscany from around 1470 to 1484 showing the importance of the profile view in Italy at the time.

All images courtesy of author and Seattle Art Museum.

The Seattle Art Museum has been a cultural centerpiece in the Pacific Northwest for nearly a century. Located in downtown Seattle a few blocks away from the Pike Place Market, its building houses encyclopedic collections.

A visitor’s journey often starts with the ancient art galleries, where numismatics plays a significant role in helping the curators share larger themes, such as the role of myths and mortals in Greek art, and the role of women, with strong goddesses reflecting power in the society.

The museum has a modest but representative collection of Classical coins, of value for educational and aesthetic purposes, as they are usually intact and appear as they did in antiquity. “Artists created the dies that produced them, and no less aesthetic interest was lavished on coins than on sculpture,” the museum points out.

A case displaying Greek art features some familiar Greek coins, such as the famed Athenian tetradrachm with the head of Athena and the owl, given to the period of 479 to 400 B.C., to showcase how “Greek life emanated from Athens, a city wholly dedicated to the goddess of war and wisdom, Athena.”

It’s presented alongside a silver decadrachm, issued by Syracuse, with a horse-drawn chariot and a head of the water nymph Arethusa, in the style of the great engraver Euainetos and dated to about 380 B.C. According to Greek mythology, Arethusa was pursued by the river god Alpheus and rescued by Artemis, who brought Arethusa to Syracuse and transformed her into a spring. Dolphins symbolize her pouring her waters into the sea, and the racing chariot shows its driver being crowned by a winged Nike. The museum shares, “This particular piece was struck under the rule of Syracuse’s greatest tyrant, Dionysios I, and it may initially have been used to pay off the army of mercenaries on whom his power depended, and through whom he attempted to drive the Carthaginians from Sicily.”

A label explains to the non-numismatic viewer, “The faces on Greek coins were chosen by rulers to personify and exemplify their cities,” adding, “Minting one’s own coinage was a symbol of independence and power, and respect was accordingly given to women and goddesses chosen to represent their lands on currency.”

The same case with the nine Greek silver and gold coins includes a gold bracelet, ring and Etruscan mirror that highlight the craftsmanship of the ancient world on small-scale objects.

The power of portraits

The inspiring effects of the ancient world on portrait painters in the Italian Renaissance is shown by juxtaposing a cast bronze medal of Giovanni Aloysius of Tuscany, from around 1470 to 1484 by Lysippus the Younger, with a gold aureus of Nero from 64 to 68. The Renaissance medalist adopted his name from an ancient Greek sculptor, Lysippos of Sikyon, and sculpted the portrait based on ancient coins. “His intent, typical of humanism, the cultural movement inspired by ancient Greece and Rome, was to confer lasting fame through the image of an individual and impressive text in Roman capitals,” the curator explained.

Reliance on the strong profile portrait is also seen in Milanese artist Bernardo de’Conti’s portrait of Charles d’Amboise from around 1505, which — along with many of the museum’s Old Master paintings — was a gift of the Samuel H. Kress Foundation. D’Amboise was a friend and patron of Leonardo da Vinci, but hired a more conservative artist for his portrait in a classic profile view, “which records his features but provides no psychological insight.” The curators explain, “He most likely wanted to link his image with the great rulers of the ancient past, depicted in side views on coins and medals, like those shown in the case nearby.” For added interest, D’amboise was an avid coin collector. 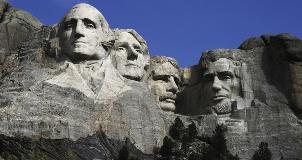 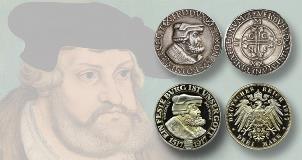 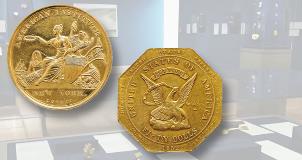