What did Scrooge use to pay Bob Cratchit?: Collecting Christmas 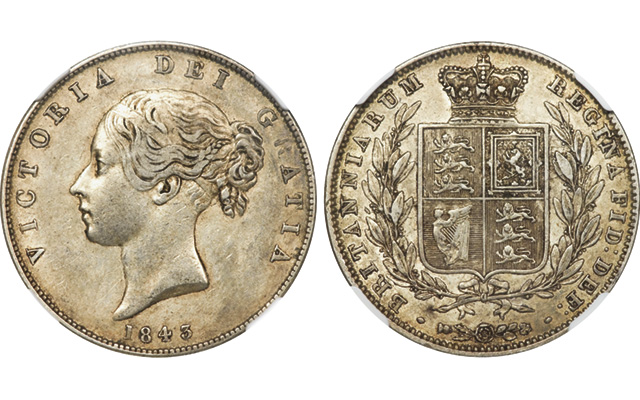 “If quite convenient, Sir.''

“It's not convenient,'' said Scrooge, “and it's not fair. If I was to stop half-a-crown for it, you'd think yourself ill-used, I'll be bound?''

The clerk observed that it was only once a year.

“A poor excuse for picking a man's pocket every twenty-fifth of December!'' said Scrooge, buttoning his great-coat to the chin. “But I suppose you must have the whole day. Be here all the earlier next morning!’'

That famous fictional half crown was a middling size silver coin that showed a king or queen on the obverse and the English shield on the reverse. The Tower Mint in London struck 455,000 half crowns in 1843, the year Charles Dickens wrote A Christmas Carol. Each showed a young Queen Victoria on the obverse.

The half crown (2 shillings, 6 pence) was the equivalent of about 60 cents in U.S. coin at the time. During a period know as the Hungry Forties in England, Cratchit’s wage of 15 shillings a week enabled him to cling precariously to the bottom run of the middle class. Wages were so depressed during the Industrial Revolution that landowners were know to hire men (at 9 pence a day) to dig fields because it was cheaper than plowing with horses.

The half crown reappears toward the end of Dickens’ Carol when a transformed Scrooge offers an “intelligent, remarkable and delightful boy” a half crown if he brings back the poulterer in less than five minutes.

British 1843 half crowns catalog for $225 in Fine condition and $4,125 in Uncirculated.  While they can be a bit pricey, the coin is THE Christmas coin of the 19th century.

Next:  20th century gifts of the magi