The U.S. Mint once authenticated a 1977/6 Lincoln cent 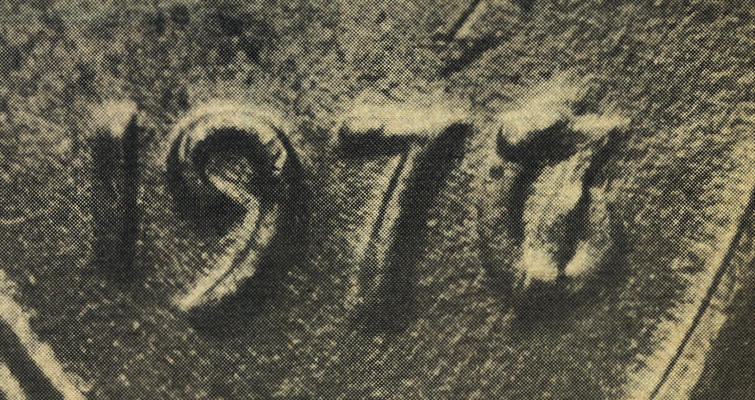 For a brief time in July 1977, this fake overdate 1977/6 Lincoln cent was declared genuine by three of the Bureau of the Mint’s leading technical experts. It was ultimately declared to be a fake and the man who sent the coin to “Coin World” received probation for violations of federal laws regarding counterfeiting.

Forty years ago this month, in the summer of 1977, a Coin World reader sent the editorial staff a coin reportedly pulled from a roll of mixed cents acquired for making change at the finder’s swap shop. The coin was stunning in appearance and potentially the biggest discovery in years — an overdate 1977/6 Lincoln cent.

An overdate results when a numeral (or numerals) is punched or hubbed over another numeral. While during the early history of the U.S. Mint, overdates were a fairly frequent occurrence, by the 20th century, such varieties were rarely produced. In fact, the last confirmed overdates known in 1977 were produced during World War II and both were on 10-cent coins: the 1941/1 and 1942/1-D Winged Liberty Head dimes (the 1943/2-P Jefferson 5-cent coin had not been found yet).

Our preliminary examination of the cent gave us hope that it might be real but we held off on publication until we could consult with expert help. It was decided that we would submit the cent to the Bureau of the Mint’s technical experts for their review and possible authentication. Remember, 1977 was in the early days of third-party authentication, with the American Numismatic Association Certification Service in its infancy, and although its main authenticator, the deeply respected Ed Fleischmann, in fact had been a Coin World employee until the previous fall, we decided to consult with the experts who presumably had struck the coin.

On rare occasion, Coin World editor Margo Russell would reach out to Mint officials and ask them to examine a coin for us; that’s what she did this time. On July 1, we received the Mint’s verdict, though it was preliminary. Dr. Alan J. Goldman, the Mint’s assistant director for technology, and Dr. George E. Hunter, chief of the assay division, had reviewed the coin and thought it genuine.

Goldman and Hunter were two of the most knowledgeable individuals regarding coinage production in the country. Based on their expertise, Coin World published a Page One article in its July 13, 1977, issue announcing the find. We did report that the judgment was preliminary; the two experts wanted to consult with one more Mint expert before rendering a final decision. That would not occur until July 5 at the earliest.

After the Independence Day break, the Mint’s Technical Laboratory’s third expert, Tom Jurich, arrived back at the Washington, D.C., headquarters (he had been testifying in a counterfeiting case) and examined the coin. He agreed with his colleagues that the coin was genuine. Coin World received the happy news on July 5 that it was the unanimous opinion of the Mint experts that the coin was a genuine Mint product. The next day, everything fell apart.

On July 6, the Mint technicians journeyed from Mint headquarters to the Philadelphia Mint where they did some additional testing that led them to reverse their decision. They said that they were able to replicate the process outside of the normal die-making process by creating an artificial die. While they would not disclose how they made the artificial die, they did share that the process was similar to how fake dies had been created to produce counterfeit “double dies” and “over struck” coins that became the subject of several trials in the 1960s.

Goldman told Coin World that the 1977/6 fake was good. “It had everyone fooled for a while,” he said. Jurich said the areas around the bottom back of Lincoln’s shoulder on the obverse and around three letters in AMERICA held clues to the coin being fake.

By this time, the news published in the July 13 issue had spread and offers were being made for additional examples at prices as high as $200. Goldman said that as long as additional examples did not enter the numismatic marketplace, the Secret Service would not be interested. However, he was premature in that assessment.

Coin World reported the reversal of the Mint’s assessment of the coin in its July 20 issue.

Not long after, Mint officials informed Coin World that the fake overdate cent would not be returned but instead had been turned over to the Secret Service. Agents from the Cincinnati office of the Secret Service came to Coin World’s offices in Sidney, Ohio, on July 12 to confiscate another coin that had been sent to us along with correspondence. We objected to the Mint’s decision, noting that by not returning the cent to us, they were violating a longtime agreement between the government and the publication. We had no choice, however, but to comply with the Secret Service’s confiscation of the coins.

On July 17, Secret Service agents from the Tampa, Florida, office arrested two men in connection with the production of the fake 1977/6 Lincoln cent. An additional 17 altered coins were confiscated along with the paraphernalia to manufacture them. The men were charged with violating counterfeiting laws by being in possession of a counterfeit die. Ultimately, the man who had sent us the fake overdate was sentenced to probation for violating federal laws.

For a brief time, though, the hobby thought that the best die variety in decades had been identified, and the market was hopeful that more pieces would be found. It was not meant to be.