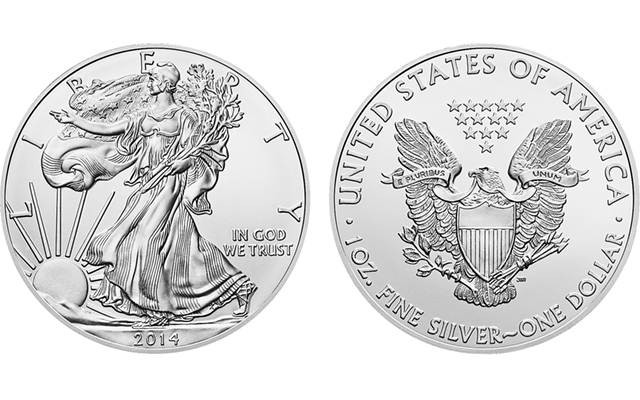 Sales by the United States Mint of American Eagle silver bullion coins are well on their way toward setting a record.

The highest single monthly sales total for the American Eagle 1-ounce silver bullion coins since they were first offered in November 1986 was established in January 2013, when the count reached 7,498,000 pieces.

The San Francisco Mint began augmenting the West Point Mint production during the spring of 2011 after more than 10 years of the West Point facility handling all bullion coin output.

The silver American Eagles are struck without the Mint mark of either production facility. The only way to know for sure which facility struck a particular date coin is by way of its original Mint packaging — the 500-coin green “monster boxes” bear a strap marked with the Mint of origin.

The boxes contain 25 tubes of 20 coins each.

Unlike the various collector versions of American Eagles that the Mint offers directly to the public as numismatic products, the bullion version is sold to a series of approved “authorized purchasers.”

The authorized purchasers acquire the coins from the U.S. Mint based on the London PM closing spot price for one troy ounce of pure silver on a given day, plus a small premium.

Currently, the premium is $2 per silver coin, to cover minting, distribution, and marketing costs.

The spot price of the metal may fluctuate based on market conditions.

The authorized purchasers have a minimum ordering requirement of 25,000 coins for each order placed with the U.S. Mint.

The authorized purchasers must also arrange for their own pickup and delivery of the bullion coins.

Currently, all of the production, including the San Francisco Mint output, is being distributed through the West Point Mint.

The financial and professional qualifications for becoming an authorized purchaser differ based on the metal type — silver, gold or platinum.

Monthly and cumulative bullion sales totals can be found on the U.S. Mint’s website.