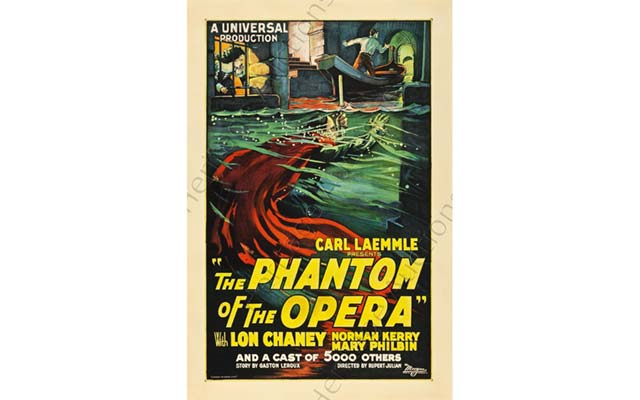 The opera is a source of inspiration for other art forms, as the various productions of Phantom of the Opera document. This poster for Universal’s 1925 film sold for more than $200,000 at auction last year. Image courtesy of Heritage Auctions. 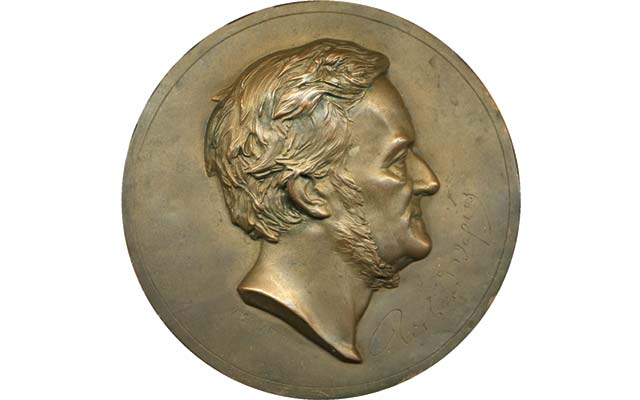 The opera has been a source of inspiration for other art forms. A uniface plaque of German composer Richard Wagner dated 1876 was likely produced during his lifetime. Image courtesy of Heritage Auctions. 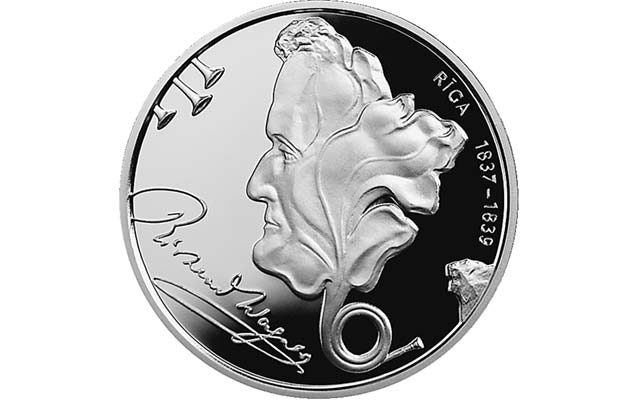 The opera is a source of inspiration for other art forms. This 2013 Latvian 1-lats silver coin, right, marks the 200th anniversary of composer Richard Wagner’s birth. Image courtesy of Bank of Latvia.

Image courtesy of Bank of Latvia.

Previous
Next
?This month for the Q&A I had the pleasure of chatting with my friend Mark Van Winkle. Mark has cataloged many of the greatest rarities in numismatics in his job as chief cataloger at Heritage Auctions, but he’s also passionate about the arts, specifically opera.

During our conversation I asked him, “What can the opera teach someone about collecting coins?”
While I’ve never been much of an opera fan, I’m always curious how people find connections with the various passions in their lives, and how these connections enhance things.
Mark shared this story: In the 19th century, there were two prominent German operatic composers, Giacomo Meyerbeer and Richard Wagner. Meyerbeer was popular during his lifetime, but is little remembered today while Wagner is undoubtedly even more popular today than during his lifetime.
Why is one remembered and the other all but forgotten?
The answer is the difference between good and great. In U.S. numismatics, who is better remembered a hundred years after his death: Charles Barber or Augustus Saint-Gaudens? Obviously, Saint-Gaudens. Although Charles Barber created serviceable, traditional neoclassical designs that could be struck with one blow from a steam press, Saint-Gaudens adapted the three-dimensionality of sculpture to coin designs, something no one before (or arguably since) had done.
His coins were certainly a challenge to produce, but the results were magnificent. Greatness is remembered, while mediocrity is relegated to history’s dust-bin.
How does this relate to coin collecting?
Think of the names that continue to pop up in numismatics: they’re typically collectors who assembled magnificent groups of coins or those who have made a lifetime of contributions to the hobby and our collective numismatic knowledge base.
When you think of your collection, which coins bring the most pleasure or hold the most meaning? Just as with one’s home, a coin collection can benefit from a spring cleaning to weed out the mediocrity and allow more room for greatness.