Too soon for Tennessee 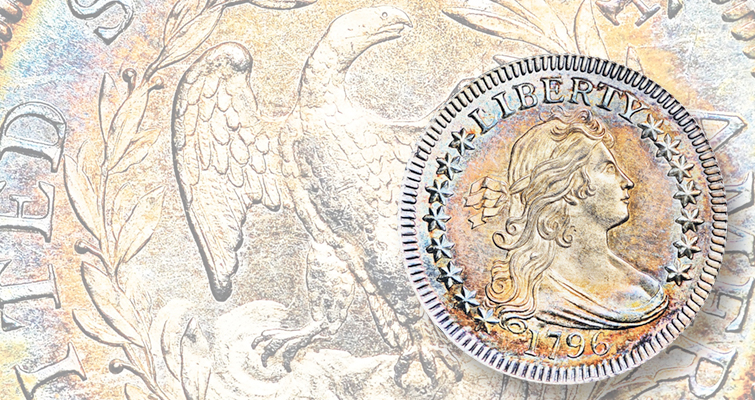 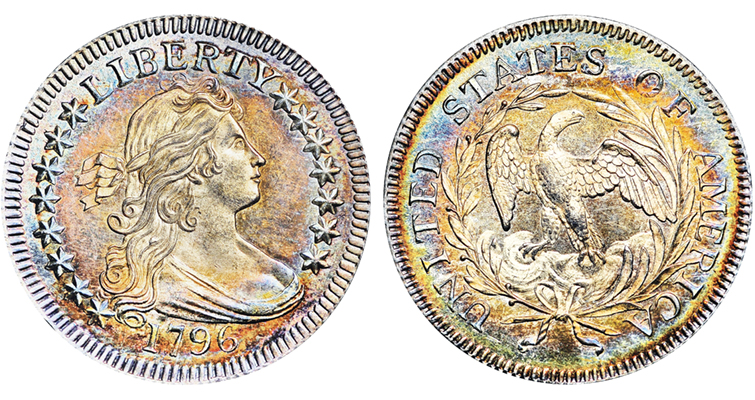 Most other denominations picked up a star for Tennessee in mid-1796 or the next year, but the quarter dollar never would have 16 stars. When the next one was minted in 1804, Mint officials had trimmed the number of stars on most coins to 13 and held it there forever. This 1796 example graded NGC MS-67+ it is the finest known of the issue and sold for $1,527,500 in 2013.

The first quarter dollar was coined too soon for Tennessee.

When the United States Mint began operation in 1792 the original 13 states had been joined by two more – Vermont in 1791 and Kentucky in 1792. That’s why the chain on the 1793 Chain Cent has 15 links and the portraits of Liberty on early silver coins are flanked by 15 stars.

While most other denominations picked up a star for Tennessee in mid-1796 or the next year, the quarter dollar never would have 16 stars. By the time the next quarter dollar was minted in 1804, Mint officials had decided to trim the number of stars on most coins to 13 and hold it there forever.

Mint Director Elias Boudinot realized at some point in 1797 that a multiplicity of stars could become unworkable, making it so that Ohio, the 17th state, would rarely see its star on a circulating coin.

Ohio wouldn’t get its due until more than a century later, when Augustus Saint-Gaudens placed a multitude of tiny stars on the obverse of his eponymous double eagle, minted from 1907 to 1933, one star for each state in the Union – 46 initially, then 48 starting in 1912.

Tennessee did get special treatment on the first $2.50 gold pieces issued. The 1796 coin comes in two varieties. The first has no stars on the obverse. The second has eight stars on either side of Liberty. The starred-obverse coin has invited speculation, over the centuries, that it was struck to commemorate Tennessee’s admission to the Union. A trio of presentation strikings lend credence to the speculation, but could also just evidence interest in the denomination’s first appearance.

The 1796 quarter dollar is notable, too, because collectors believed for decades that it was an object of fascination by the legendary collector Col. E.H.R. Green.

Green, who at one point owned all five 1913 Liberty Head five-cent pieces and all 100 Inverted Jenny stamps, was a collector of enormous appetites.

However, the number is nowhere near accurate. Rea, et al, estimate that only 56 to 75 uncirculated 1796 quarter dollars exist, and apparently Green owned just one.

In its 2013 Selections from the Eric P. Newman Collection Part II sale, Heritage Auctions reported, “His (Green’s) original inventory survives, and lists exactly six Mint State Draped Bust quarters, most likely a date set including one 1796, and one each of the 1804 through 1807 issues, including the overdate.”

Next: The third time’s the charm