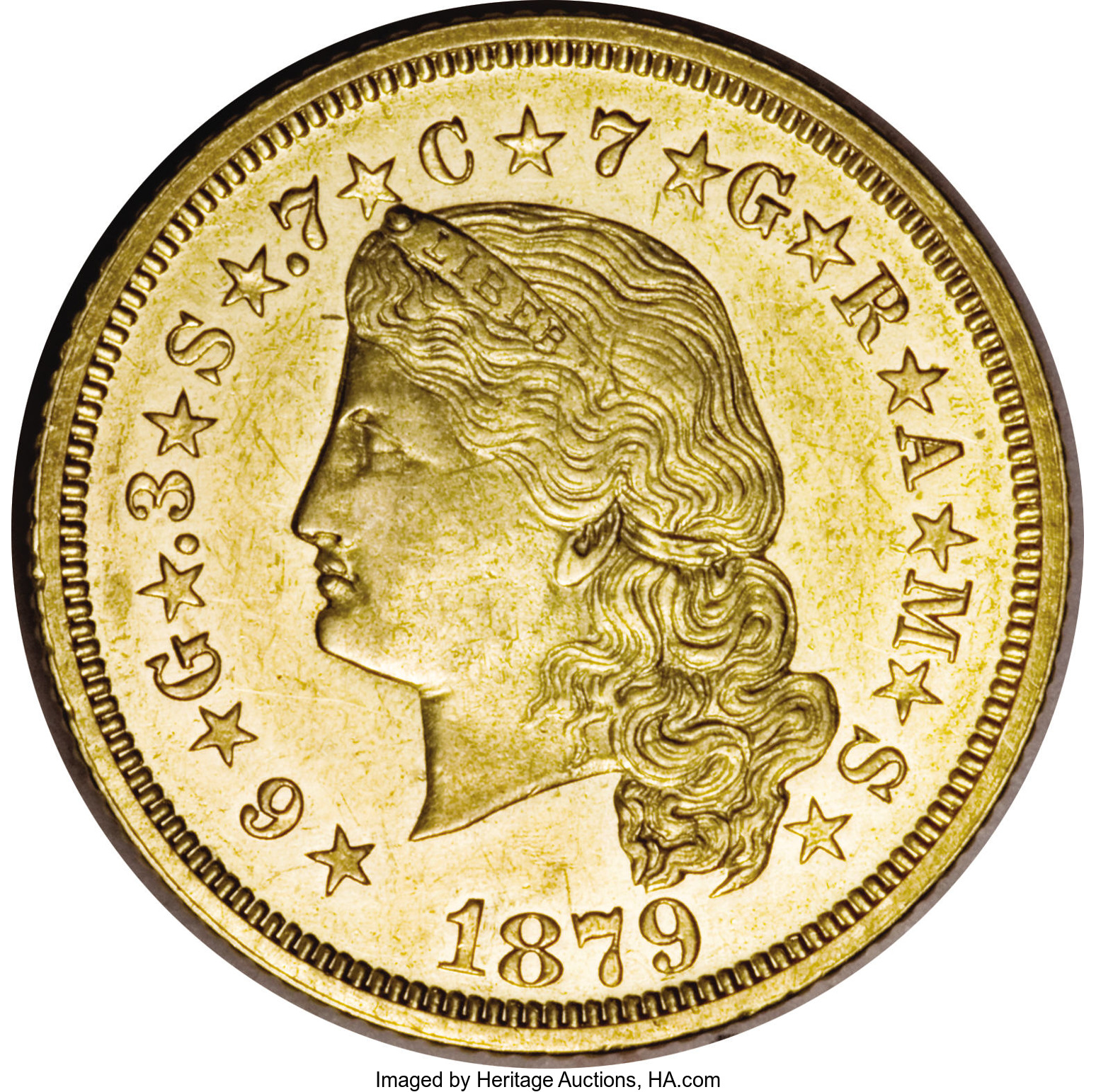 With a mintage of slightly more than 400 pieces, the 1879 Flowing Hair Stella is the most common $4 gold piece. 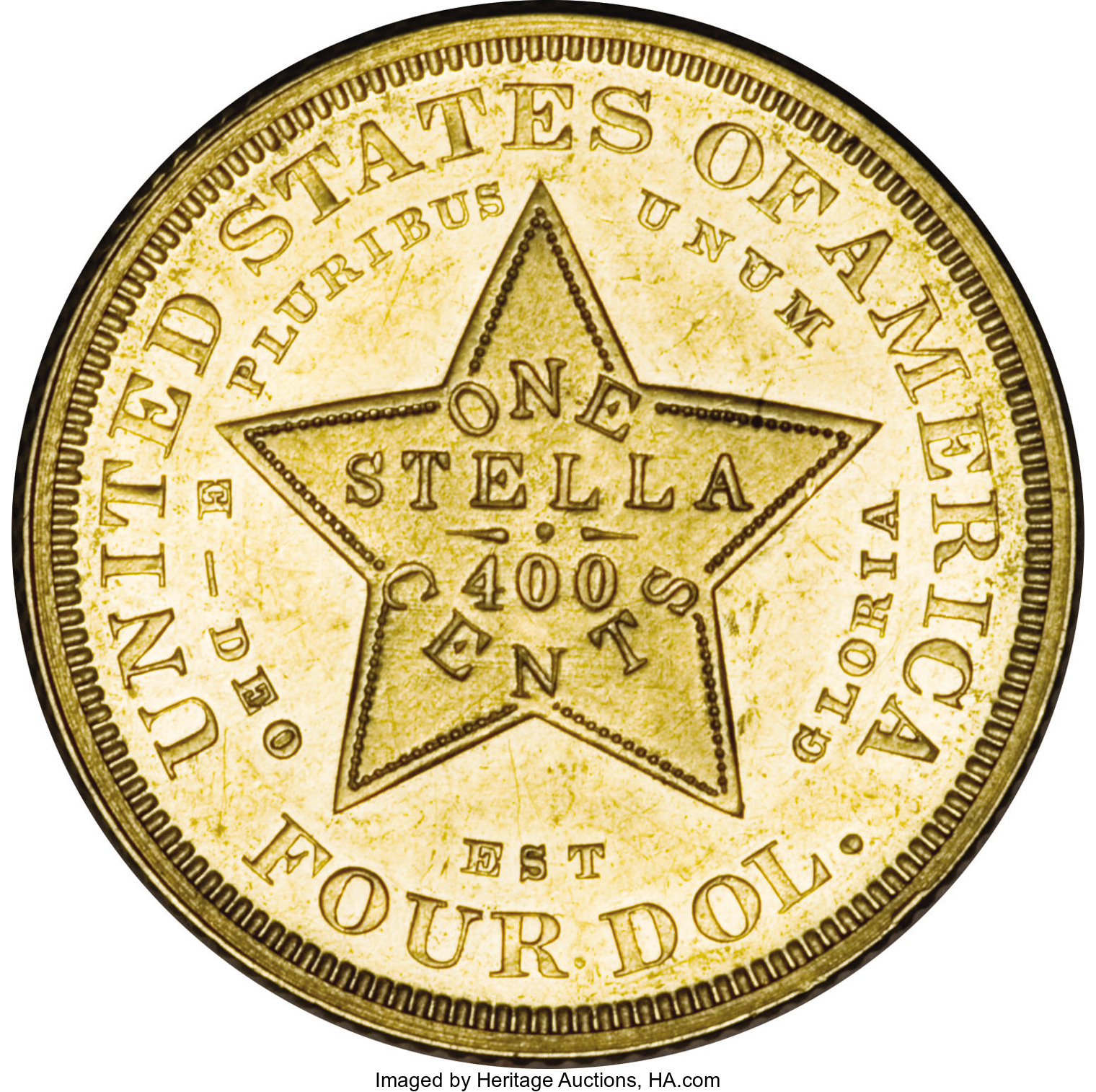 With a mintage of slightly more than 400 pieces, the 1879 Flowing Hair Stella is the most common $4 gold piece. At auction the most common Stella usually trades north of $100,000.

Stellas, or $4 gold pieces, were produced nearly three fourths of a century before Stanley and Stella took up residence in the French Quarter, and none were produced in New Orleans.

In the 1870s, John A. Kasson had a history, a title to be reckoned with, and a plan. He had served six terms as a congressman representing southwest Iowa before deciding not to run again in 1876. Among other duties while serving in congress, he was chairman of the House Committee of Coinage, Weights, and Measures. After leaving Congress, President Rutherford B. Hayes appointed him Envoy Extraordinary and Minister Plenipotentiary to Austria-Hungary.

What the world needs now, Kasson told his boss, Secretary of State William Maxwell Evarts, is an international gold coin, one that would flow easily from nation to nation. Convertibility was big in Europe, with the Austrian 8 florin, Dutch 8 florin, French 20 franc, Italian 20 lire and Spanish 20 peseta coins all being equal in value.

The House coinage committee signed on, designating the new international coin a Stella.

While the foreign coins were worth $3.88 U.S., the United States never tried to match the European coins exactly. Instead, it opted for a $4 coin, which proved not close enough for a cigar.

The Stella showed Liberty on the obverse surrounded by 13 stars separating each letter of the legend 6G .3S .7C 7GRAMS, giving its metallic content as 6 grams of gold, 0.3 grams of silver and 0.7 grams of copper. A large star dominated the reverse center.

Charles E. Barber and George T. Morgan both took a crack at Liberty on the obverse. Barber’s showed Liberty with flowing hair. Morgan’s had coiled hair. Both types were struck in 1879 and 1880, but most bore Barber’s flowing hair design and the date 1879.

In 1879, the Mint made up 15 sets of three pattern coins – a silver dollar, a patented gold alloy dollar and a gold Flowing Hair Stella – for coinage committee review. Congressmen were invited purchase the coins at $6.50 a set. The sets proved so popular that the Mint struck about 400 more. Unsold sets were offered to connected collectors in subsequent years for $15 a set.

As patterns go, the 1879 Flowing Hair Stella is fairly common. Few people collect patterns, and mintages are frequently in the single digits. But because no other $4 coins were struck, and because the Stella has been listed in the Red Book since the beginning, it is collected (at least conceptually) as part of the regular-issue gold series. At auction the most common Stella usually trades north of $100,000.

Next: A quarter century too late