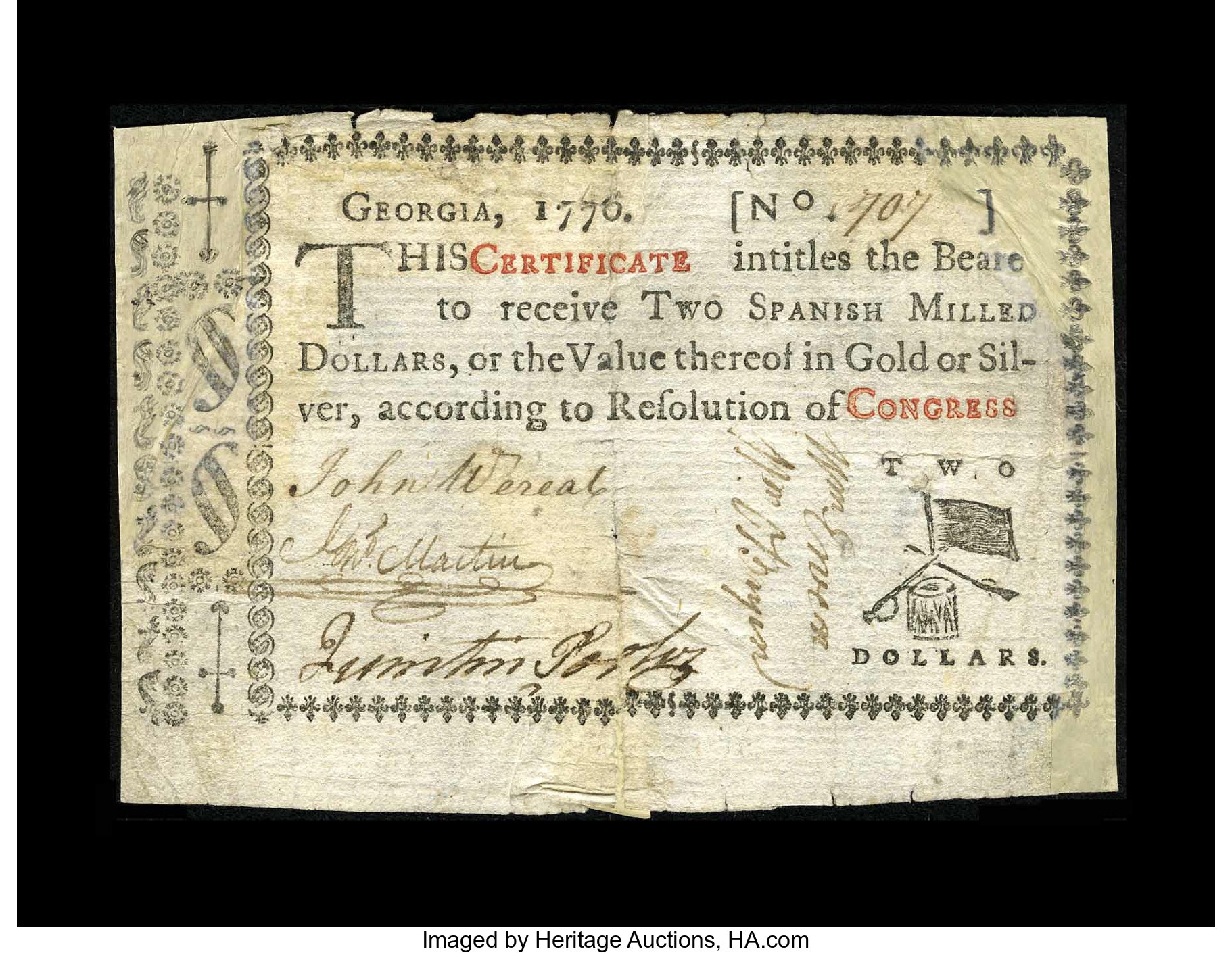 This 1776 Georgia bill is denominated as “two Spanish milled dollars” or pieces of eight.

The silver dollar is an asterisk coin. You can’t write about the series without putting an * or two in your post.

For example: The series was coined over 141 years*

*except when it was coined over 170 years*

*but collectors own them.***

One coin exists in official records*

The United States boldly proclaimed its sovereignty with the coinage of the silver dollar in 1794, pressing into service a half-dollar press that was jury-rigged to coin broader dollars.

The first and all subsequent regular-issue silver dollars show a personification of Liberty on the obverse and an eagle and the words UNITED STATES OF AMERICA on the reverse.

Those first dollars, coined in October of 1794, can trace their history and name back hundreds of years to St. Joachim's Valley – Joachimsthal – in what is now the Czech Republic. The valley was the source of silver for dollar-size Joachimsthalers that were coined in the 15th century. By the time of the American Revolution, the word thaler had morphed into dollar in English-speaking countries.

Silver dollar-size eight-real pieces struck in Mexico and South and Central America were widely used in the colonies, but they weren’t referred to by their proper Spanish name; they were called dollars. Colonial and Continental currency was commonly denominated in dollars.

The Spanish milled dollar was the cornerstone of American commerce in 1794 when the fledgling country decided to coin its own dollars.

During the next five weeks, this blog will explore some of the stories behind the denomination.

Next: A fantastically fortuitous visit.