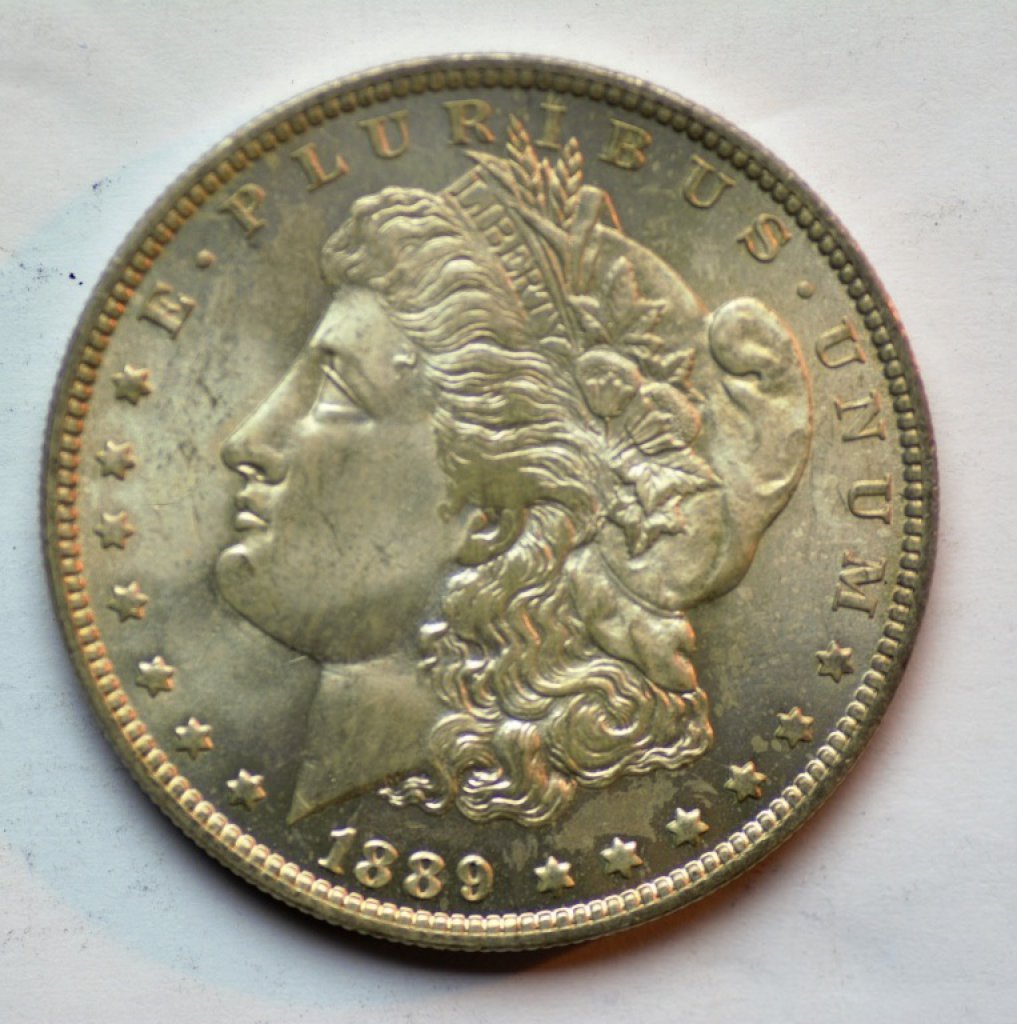 A winning $330 realized bid on this 1889-O Morgan dollar may have been worth risking. Of the coin's generous mintage of 11,875,000, only about a tenth survived, and most circulated. That makes gem examples, like this one seems to be, difficult to locate, and pricey when certified.

I won this gem-looking coin in an Oct. 9 auction by Hampton House, selling through the online portal Proxibid. I risked $330 ($300 bid with 10% buyer’s premium) because it looked like it would qualify to be graded Mint State 64 or MS-65.

I just received the coin in the mail. In hand, it looks exactly like the photo, so I am hoping my bid pays off. I have sent it to PCGS for slabbing and will let you know in a future column when I receive the grade.

The 1889-O Morgan dollar has a generous mintage of 11,875,000. Only about a tenth of that has survived, with many lost to the melting pot, pursuant to the 1918 Pittman Act. The real reason for scarcity in high grades is that millions were released to the general population, so, in all grades up to About Uncirculated, the coin is available for a modest price.

I feel my coin has a shot at gem, but may be graded MS-64 because of its weak strike, although the weak strike is typical for the New Orleans Mint’s coins of that year.

As is typical with Morgan dollars, the reverse is a clear MS-65. But the overall grade usually depends on the condition of the obverse. In this coin, there are a few scant bag marks in the left obverse field, but those are negligible. So, I am hoping for a superior grade.

This is why online bidding on raw coins requires numismatic expertise, as developed by those who read Coin World, both its print and Internet features. Many bidders do not know about the scarcity of the 1889-O Morgan dollar, and those who do may not be willing to bid high as I did, as I have faith in my numismatic ability.