Saint 4: Putting a halo on a crown 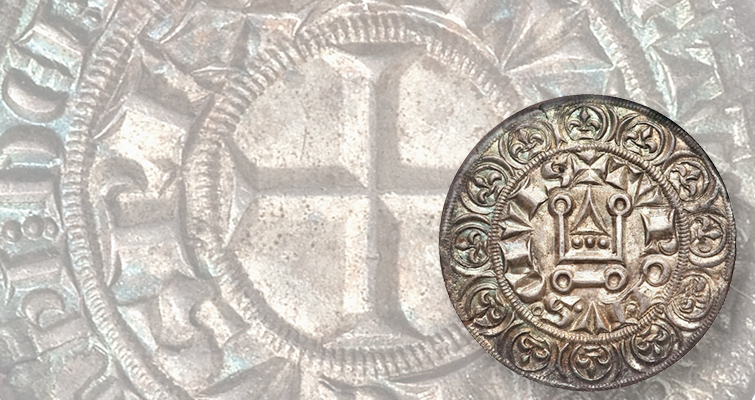 Louis IX reigned between 1226 and 1270 and was named a saint in 1297. A great many of his coins typically show the cross on the obverse surrounded by the king’s name — LVDOVICVS REX — and a crude representation of a castle on the reverse. 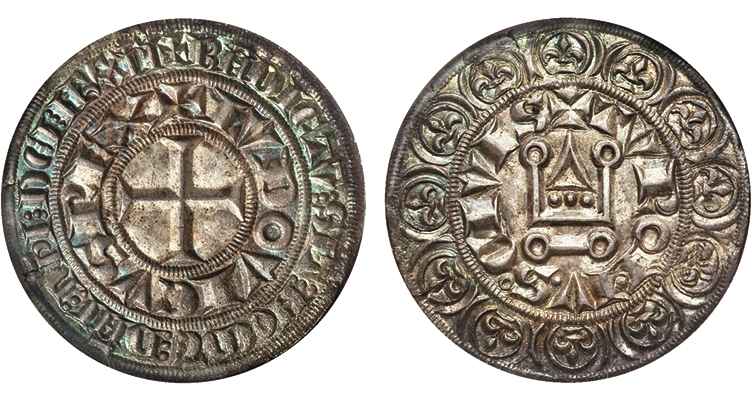 King Louis IX of France was a pious man who fed the poor, cared for the fallen, built grand churches and launched two crusades.

Louis ascended to the throne in 1226 at the age of 12. His strong-willed, sternly moral mother, Blanche of Castile, served as regent during the early years of his reign, thwarting plots to unseat him.

Louis, who loved sermons, attended two Masses every day, and was often accompanied by priests chanting the hours.

In 1239 he bought the Crown of Thorns (the one Jesus wore) and pieces of the True Cross from Baldwin II, the perpetually impoverished last monarch of the Latin Empire, a Crusader state established in Constantinople in 1204 during the Fourth Crusade. Louis built the still-standing Sainte-Chapelle on the Île de la Cité to house them.

In 1248 he joined the Seventh Crusade. He landed in Egypt during the summer of 1249 and was defeated at the Battle of Al Mansurah the following April. He was captured by the Egyptians and held for ransom.

In 1267, Louis IX again “took the cloth,” sewing a cross on his clothing, and vowed to reach Jerusalem. He didn’t make it. The Eighth Crusade landed at Carthage on July 17, 1270. Dysentery swept through the troops and felled the king on Aug. 25.

The Lives of the Saints reports that at noon he lifted his eyes toward heaven and “repeated aloud the words of the psalmist: ‘Lord, I will enter into thine house; I will adore in thy holy temple, and will give glory to Thy name.’ He spoke again at three in the afternoon, but only said, ‘Into Thy hands I commend my soul.’ Immediately after which he breathed his last in his camp.”

During the saint’s long reign he issued a wide variety of silver and gold coins. His most common coin is the thin, dime-size billon denier tournois. These typically show the cross on the obverse surrounded by the king’s name — LVDOVICVS REX — and a crude representation of a castle on the reverse. Well-circulated examples can be found with a bit of searching for less than $50.

Next: A junk box saint