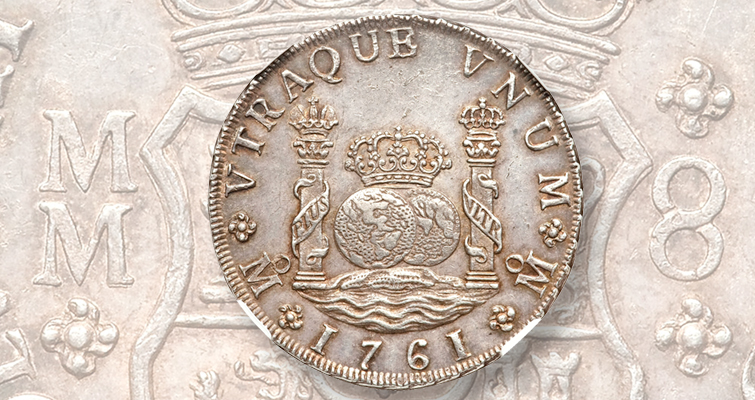 The 1766 Mexico City 8-real coin pictured in the first edition of the Red Book was similar to the 1761 coin shown here. 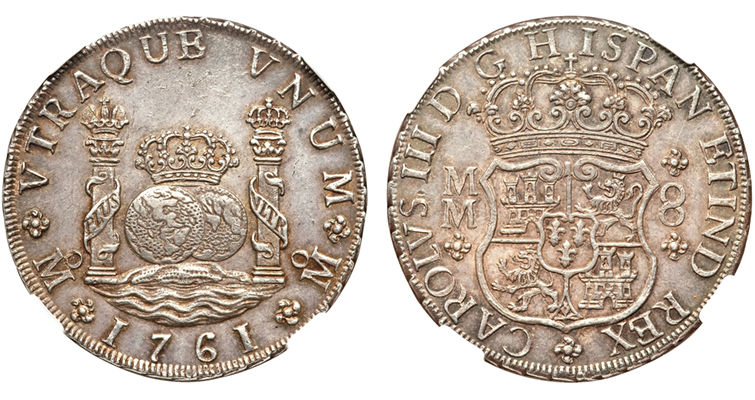 The first coin in the first edition of the Red Book – a 1766 Mexico City 8 reales – appeared below the headline “The Spanish Milled Dollar,” “The Coin of Our Nation’s Founders.”

The text: “The Spanish milled dollar otherwise known as the ‘pillar dollar’ and ‘piece of eight’ has been given a place in romantic fiction unequalled by any other coin.

“The time-honored piece was the chief coin of the American colonists and actually was the forerunner of our silver dollar. It became so fundamentally a part of the everyday course of business during the colonial period that its official adoption as the standard unit of value for United States money was a natural and desirable development.”

That brilliantly written description perhaps unintentionally connected the coin with pirates in the minds of young collectors and inspired generations of numismatists to add one to their collections as a birth-point of U.S. coinage.

The coin retains its preeminent place in the current Red Book, though the coin pictured now is a 1734 Mexico City piece.

The text, too, has changed, giving more detail about its place in Continental Congress deliberations and its value ($225 in Fine to Very Fine).

The current description ends with a timely warning that probably would not have been necessary in 1946. “Note that many modern copies of the 8 reales exist. These are produced mostly as souvenirs and have little or no value.”