Rare coins by the bagful 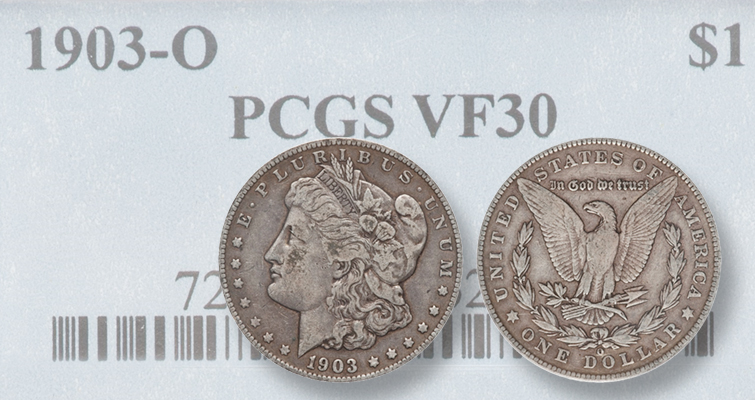 This Very Fine 1903-0 Morgan dollar, which fetched $299 at auction in 2011, is a condition rarity. Few 1903-O dollars actually reached circulation. Most were stored for about 60 years until bags and bags of the Uncirculated coins were released. Curiously, the coin’s current owner lists a Buy Now Price of $895 at Heritage Auctions, about twice the value of an Uncirculated specimen. 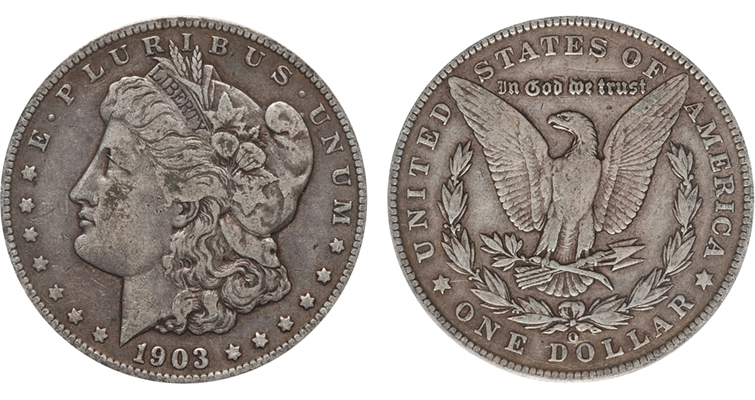 An estimated 200,000 or more Uncirculated 1903-O dollars exist today. Before the Treasury release, the coin cataloged for $1,500, more than any other Morgan. The price fell off a cliff in 1963, dropping to as low as a reported $7.

In the early 1960s, as silver rose above $1.29 an ounce, the value at which a silver dollar is worth more as metal than money, collectors, dealers and bullion merchants formed long lines outside the Treasury Building in Washington, D.C., to buy $1,000 bags of silver dollars.

The payoff was guaranteed, and in some cases it was incredible.

Because few people wanted silver dollars when they were minted in the late 1800s and early 1900s the Mint stored them by the bag for decades, periodically inventorying them by weighing them.

Bag by bag the piles were depleted, as coins minted as long ago as the 1850s came out. Rare coins became common and none so dramatically as the 1903-O Morgan dollar.

It had been the star of the Morgan dollar series. Q. David Bowers estimates, in his Silver Dollars & Trade Dollars of the United States: A Complete Encyclopedia, that fewer than 10 uncirculated pieces were known before October 1962, when the Treasury Department released bags and bags of them.

Bowers estimates 200,000 or more Uncirculated 1903-O dollars exist today. Before the Treasury release, the coin cataloged for $1,500, more than any other Morgan. The price fell off a cliff in 1963, dropping to as low as a reported $7.

Dealers still tell stories 50 years on about lucky people who glommed onto a roll or a bag of the just released coins and sold them one at a time to unsuspecting dealers at their pre-flood prices.

Today the coin lists in Coin World’s Coin Values at $425 in MS-63. The value and the demand for the coin are in no small part based on its fabled history.

Next: A dollar so rare it doesn’t exist