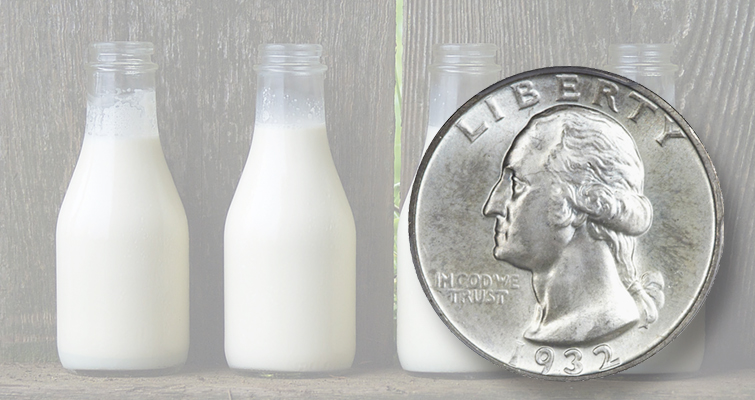 The Washington quarter dollar was released into circulation Aug. 1, 1932, in the depths of the Great Depression. That day in Dubuque, Iowa, the coin could buy four quarts of “pure, fresh milk” with 5-cents to spare. This particularly well-preserved example of the coin sold for $82,250 at Heritage Auctions' 2015 Long Beach show. 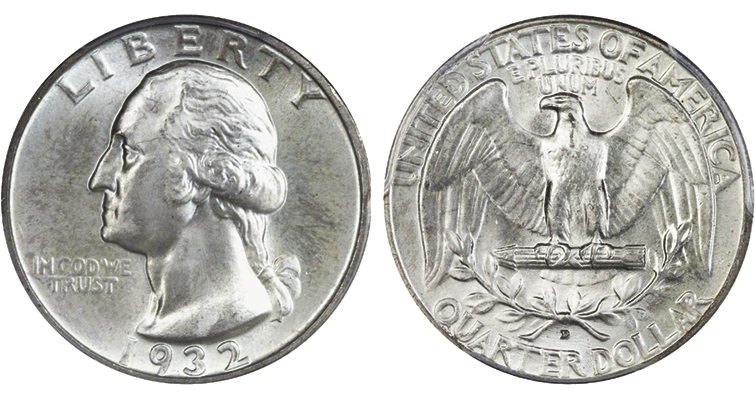 In 1932, during the depths of the Great Depression, the United States Mint released the Washington quarter dollar to celebrate the 200th anniversary of the birth of George Washington.

The 1932 Washington quarter would then purchase what $4.39 would today. In 1932, the nation suffered through nearly 10 percent deflation. In 1932 and again in 1934, the national unemployment rate came within a hair’s breadth of 25 percent. The unemployment rate remained above 10 percent, sometimes much above, until the U.S. entered World War II.

The quarter dollar was released into circulation Aug. 1, 1932. Here are some of the things you could buy with those quarters that day in Dubuque, Iowa, according to ads in that city’s Telegraph-Herald newspaper:

Montgomery Ward, which went bankrupt more than a decade ago, was offering 6-ply Riverside Mate tires for $5.45 to $7.93. The price included an oil change.

The Hub advertised a “cash raising sale.” It offered men’s Fruit of the Loom shirts for 99 cents, with matching collars and cuffs available. Union suits were also 99 cents, down from $1.50. Panama hats were $1.

Sanitary Butter Stores offered “pure, fresh milk” for a nickel a quart, three boxes of Rice Krispies for 25 cents, three cans of Van Camp’s peas for 23 cents, two “tall” cans of Libby’s Alaska sockeye red salmon for 34 cents, and a 2-pound can of Chase and Sanborn’s coffee for 65 cents.

Dubuque Airways advertised penny a pound airplane rides over “scenic Dubuque.” But, if you weighed less than 100 pounds, you still had to pay a buck.

Rhomberg’s was selling “campus quality” raccoon coats for $147, northern seal coats for $47 and Japanese mink coats at $277. The company advised people to buy now while prices are low because “We have reached the turn in business condition. This will be reflected in a rise in fur coat prices.”

The turn in business conditions was not a good turn. The company, however, weathered the Depression and prospered during the ensuing decades, only to close its store in 2015, a victim of changing fashions.