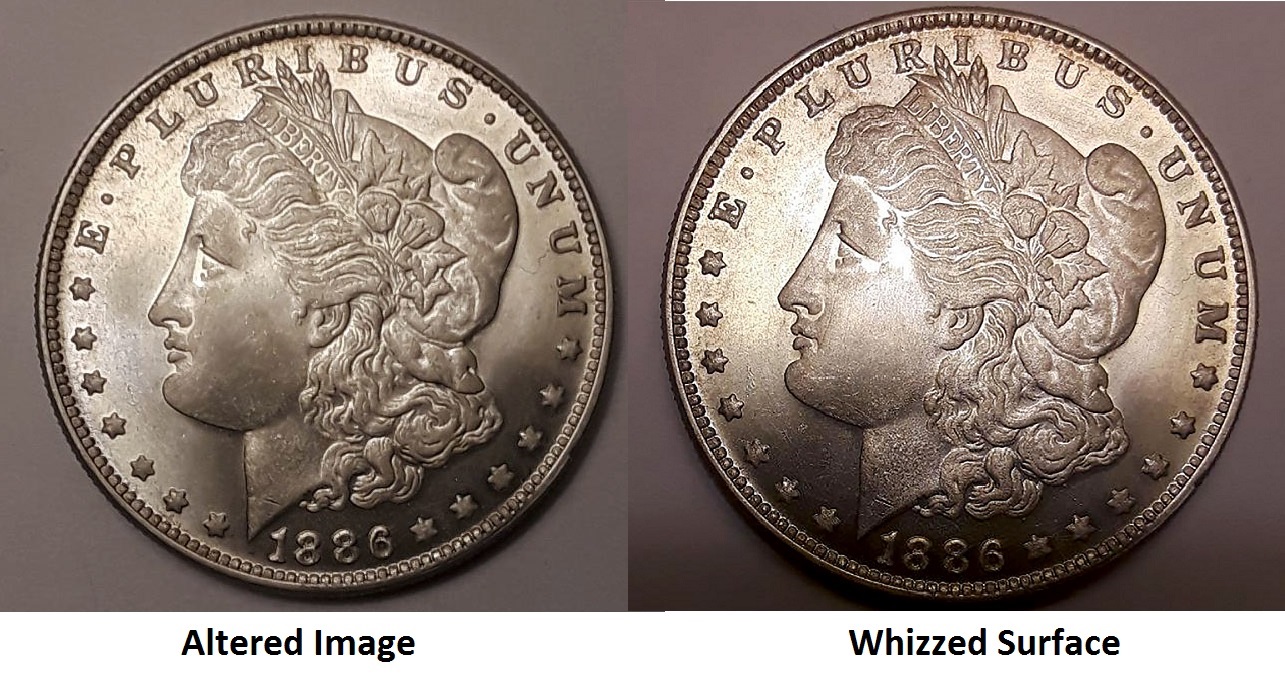 Poor numismatic photography or alteration of photos remains an online bidding risk, as this whizzed 1880-O Morgan dollar, photoshopped and offered as Uncirculated, demonstrates. Once a potential condition rarity, its surfaces were "improved," degrading any value to that of its silver content alone.
Someone with too much time on their hands or with little numismatic knowledge decided to insert a brush into a drill and “whizz” an Almost Uncirculated coin to make it look Mint State.

Take a close look at the photo on the left. It’s difficult to tell that this coin was doctored. The fields look clean and there is ample luster. Now compare it to the photo on the right, and you can see the effects of dipping (or chemical alteration) combined with whizzing.

I can verify that this coin was doctored in such fashion because I was the unlucky buyer. I paid less than $60 for the coin, but in my opinion, its value is silver melt.

This is yet another example of how risky it is to bid online, unless you know what you are doing, and even then, as with this example, there is a steep downside.

If I had seen this coin at a show, or shop, I would not have given it a second glance and would have told the seller to mark it as doctored. But you cannot do that in online auctions. All sales are final, no matter what the seller says about the coin.

In this case, the seller—an estate auctioneer—was courteous enough to call me at home after I informed him that the coin had been whizzed. He explained that he could not verify grades but would take back the coin anyway, if I wanted, as I was a first-time buyer on his site.

I explained that I knew the auction rules and would not return the coin, primarily because it probably would be re-introduced as Uncirculated, only to go to another disappointed hobbyist.

There are bargains out there on this date and mint, but obviously, mine wasn’t one.