FUN's over: Closing the book on 60th convention 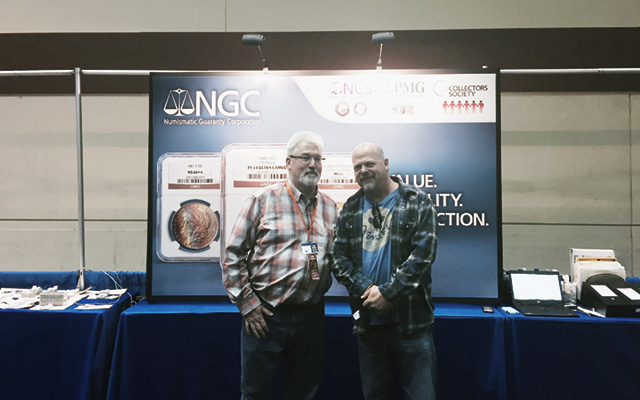 The 60th Florida United Numismatists convention, staged Jan. 8 to 11 in Orlando, is now one for the history books.

I and the other 10,000+ visitors privileged to have attended the numismatic extravaganza were treated to a wealth of collectibles and numismatic education.

Numismatic rarities offered by Heritage Auctions generated tens of millions of dollars in prices realized, with several issues, including the finest known 1792 Birch cent pattern, garnering more than $2 million each.

The numismatic collectibles found among the 630 dealer tables offered collectors with every size budget the opportunity to add to their collections. If action on the bourse wasn’t of interest, meetings of specialty collector clubs and numismatic education programs on topics of interest were open to the public.

The combined booths of the Bureau of Engraving and Printing and U.S. Mint were popular visiting stations on the bourse. Treasurer of the United States Rosie Rios put her signature on more than 300 Federal Reserve notes and other collectibles during her show visit Jan. 8. During the convention, the U.S. Mint sold 12,500 of the Proof 2015-W American Eagle 1-ounce silver dollars, the only 2015-dated numismatic product the Mint had available for sale at the FUN show.

The large exhibit area mounted by the 1715 Plate Fleet Society for the 300th anniversary year of the fleet’s demise shared with the public artifacts retrieved from the shipwreck and now part of the state of Florida’s extensive collection of treasure salvage.

If there was one experience that generated a considerable buzz on the bourse, it was the daily appearance of Rick Harrison, one of the anchors of the popular History Channel television series, Pawn Stars. Hosted by Numismatic Guaranty Corp., Harrison was on hand to assist in the casting of collectors with items of numismatic and historical interest to appear on a future segment of the television show.

Each time Harrison appeared on the bourse, the public followed his every footstep as if he was the Pied Piper. Harrison’s scheduled appearance the afternoon of Jan. 9 at NGC’s booth on the bourse brought the public out in force, requiring bourse security to keep the aisles clear. The line of people wanting to try out for the show or simply meet Harrison stretched across the NGC booth area and past Coin World’s booth, providing us a captive audience with which to talk hobby interests.

Now that the 60th installment of the FUN show is complete, what will the 61st edition have to offer? You’ll have to find out for yourself when the show travels Jan. 7 to 10, 2016, to the Tampa Convention Center. Hopefully, I’ll see you there.