Mountains, monuments & money: ?From Ticonderoga to the Panama Canal 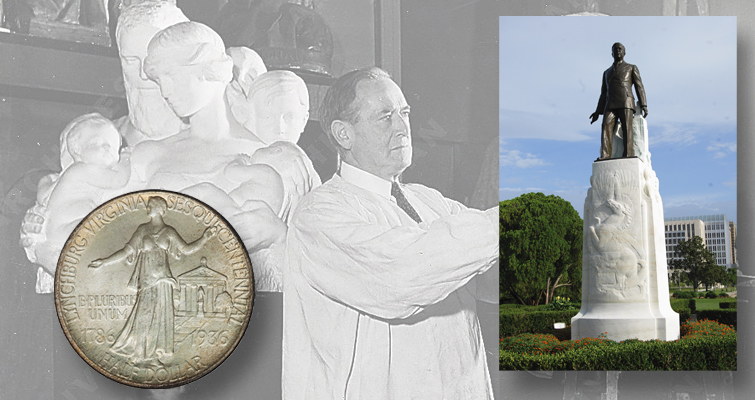 In the early years of the 20th century Charles Keck designed three commemorative coins and dozens of monuments across the country. Shown among his accomplishments are the 1936 Lynchburg Sesquicentennial half dollar reverse and the 12-foot tall bronze statue of Huey Long that stands atop his towering tombstone on the grounds of the Louisiana statehouse. 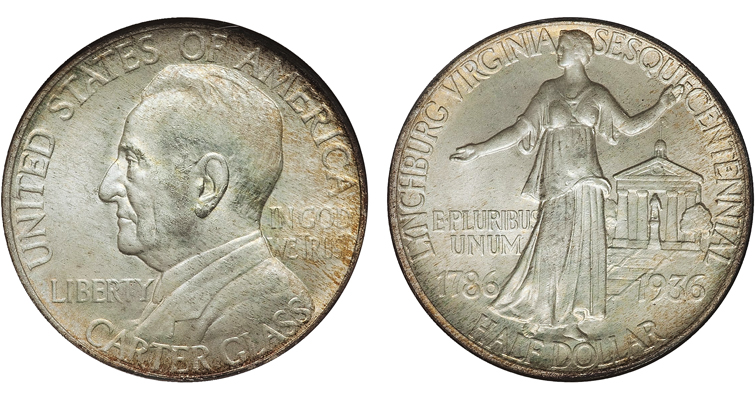 Charles Keck's 1936 Lynchburg Sesquicentennial half dollar remarkably showed the still living Sen. Carter Glass on the obverse and Liberty in front of the Lynchburg Courthouse on the reverse.

Charles Keck’s name is largely forgotten, but in the early years of the 20th century he designed three commemorative coins and dozens of monuments across the country.

Keck, who designed the Booker T. Washington memorial at Tuskegee University, nearly also designed the Booker T. Washington half dollar (1946-1951). Keck’s design for the coin had been approved by the Mint and S.J. Phillips, who had lobbied for the commemorative. But the Commission of Fine Arts rejected it in favor of a design offered by Isaac Scott Hathaway.

Beside the Booker T. Washington memorial, Keck also created the equestrian statue of Andrew Jackson that stands outside the Jackson County Courthouse in Kansas City, Mo.; the Huey Long Memorial in Baton Rouge, La.; and Liberty Monument at Ticonderoga.

Liberty Monument features a massive bronze sculpture of Liberty atop a granite base. Four sculptures representing an Indian, a Frenchman, a Scottish soldier and an American stand at the base of the plinth.

Demagogue Huey Long was assassinated in 1935 as he was preparing to run for president of the United States. Keck’s 12-foot tall bronze statue of the Kingfish stands atop his towering tombstone on the grounds of the Louisiana statehouse.

NEXT: The Alamo and the U.S. Capitol