Mountains, monuments & money: The Alamo and the U.S. Capitol 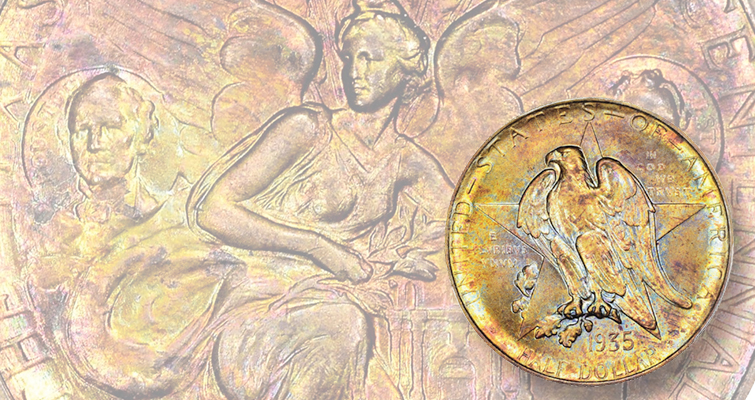 Sculptor Pompeo Luigi Coppini is known mostly for Texas-related works, including the Texas Centennial commemorative half dollar of 1934 through 1938. A 1935 strike is shown. 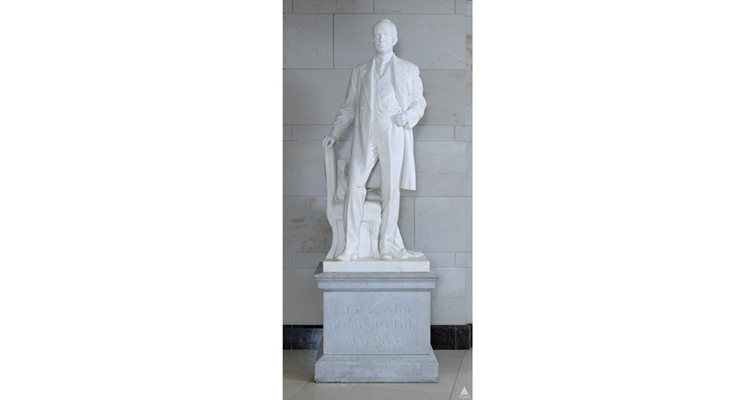 Coppini sculptered the statue of Arkansas Sen. James Paul Clarke placed in the National Statuary Collection of the Capitol in 1921. Theodore Roosevelt credited Clarke with the bill authorizing construction of the Panama Canal.

Image courtesy of ARCHITECTS OF THE CAPITOL. 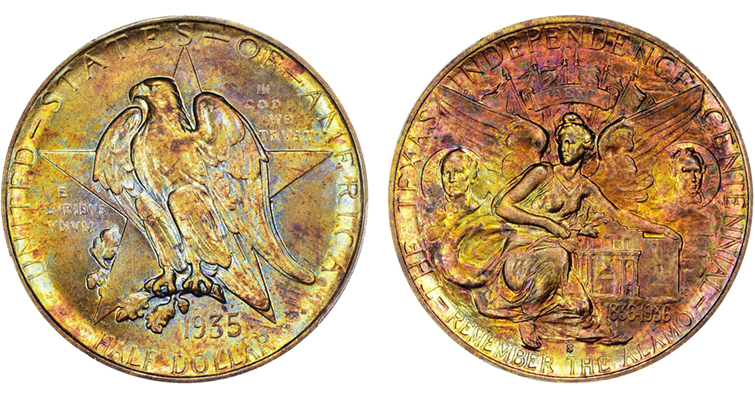 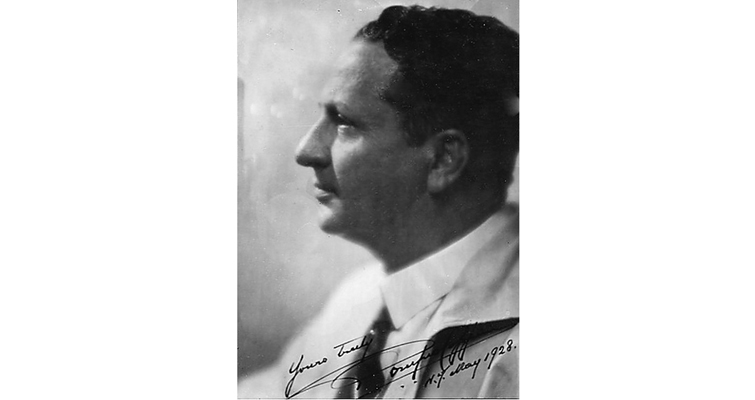 Italian born sculptor Pompeo Luigi Coppini immigrated to the United States in 1896 at the age of 26 and promptly found work creating sculptures. In 1901 he moved to Texas, and he is known mostly for Texas-related projects.

Italian born sculptor Pompeo Luigi Coppini is known mostly for Texas-related works, including the Texas Centennial commemorative half dollar of 1934 through1938.

Coppini immigrated to the United States in 1896 at the age of 26 and promptly found work creating sculptures for a wax museum. In 1901 he moved to Texas, where he designed such projects as the monument to Terry’s Texas Rangers (Confederate troops) on the Texas statehouse grounds, the 60-foot-tall Alamo Cenotaph at the Alamo and the Sam Houston Grave Monument at Huntsville, Texas.

Coppini may be the only coin designer to have work on permanent display in the nation’s Capitol. Each state is allowed to place two statues in the National Statuary Collection. Some states used the collection to honor citizens who had made great contributions in life. Other states turned to less notable politicians.

Arkansas used the hall to honor Uriah Milton Rose, president of the American Bar Association from 1901 to 1902; and Sen. James Paul Clarke, a man Theodore Roosevelt credited with the bill authorizing construction of the Panama Canal.

Coppini sculpted the Clarke statue, which was placed in the Capitol in 1921.

Coppini’s Texas commemorative half dollar crams a lot into a little space. The obverse features an eagle in front of a lone star. The reverse shows a winged and buxom Victory cradling the Alamo, with cameos of Sam Houston and Stephen Austin beneath her outspread wings.

Charles Moore of the Commission of Fine Arts disapproved of the busy design. “The design shows the whole history of Texas and all its leading personages in a perfect hodge-podge,” he wrote to the Treasury Department. “The heads are so small that they will disappear on a 50-cent piece, and yet it is just this conglomeration in which the Texas people are relying to sell 25 cents worth of silver done in a 50-cent piece at the price of a dollar to make money to build some building.” Profits, such as they were, were used to help finance the 1936 Centennial Exposition in Dallas.

The Texas coin was not a huge success. Congress authorized 1.5 million pieces, but only about 150,000 were sold. Coppini’s statue of Clarke, though, is another story. Every year millions of people pass by it in the Capitol Visitor Center.