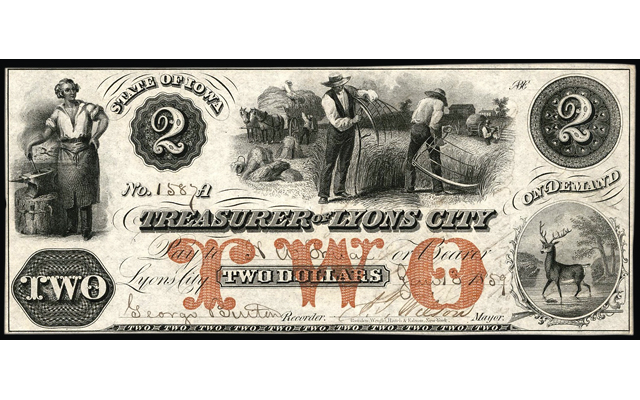 The men and women depicted in the vignette on the face of this $5 Treasurer of Lyons City (Iowa) are harvesting hops, an ingredient in beer. 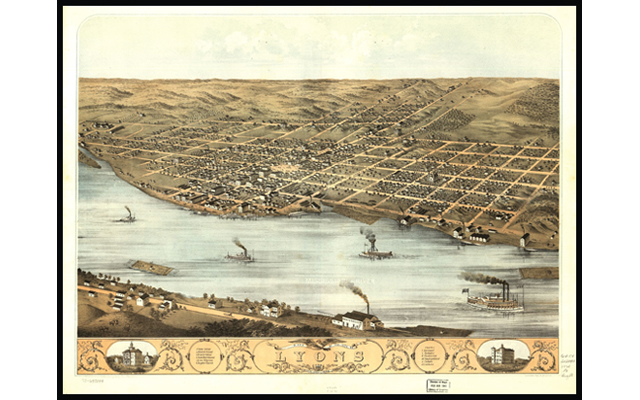 This bird’s eye view of the city of Lyons, Iowa in 1868, shows how the city grew from modest beginnings in the early 1850s. The Mississippi River brought many immigrants to Iowa, particularly Germans who were escaping political turmoil in Europe. 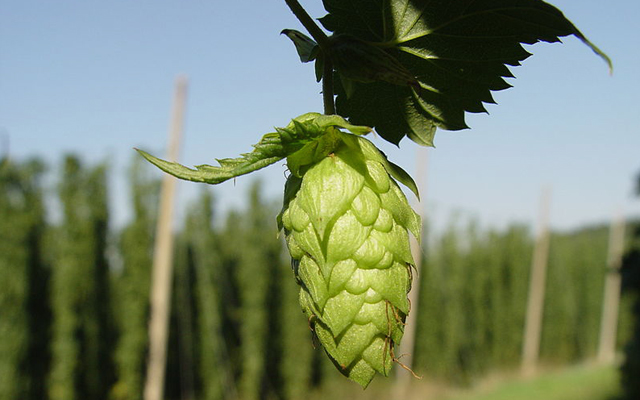 This is a flower of the hops plant. It looks a bit like a green pinecone. The hops are dried and used as an ingredient in beer making.

Often a design on a piece of paper money can lead you down a trail of adventure without ever leaving your desk.

That is exactly what happened when I saw an obsolete note issued by the Treasurer of Lyons City in Iowa. The note was offered by Lyn Knight Currency Auctions during the recent 29th annual National Coin & Currency Convention Nov. 19 to 23 in Rosemont, Ill.

The note was graded Choice About Uncirculated by the firm and sold for $125 (not including the buyer’s premium).

The $5 note was issued on Nov. 2, 1858, and is signed by George Burton, as city recorder, and J.T. Wilson, mayor the town located on the banks of the Mississippi River in Clinton County. Iowa joined the Union in 1846 so this note is from the early days of the state and depicts what looks like a harvest scene.

A closer look at the long stalks and the shape of the leaves caused me to wonder what kind of crop the men and women were harvesting.

After a little bit of research I discovered they were harvesting hops—a flavoring ingredient in beer. Hops, the flower of the plant, look like small green pinecones. The plants are grown on a wire trellis system connected to 20-foot tall wooden poles. The plants produce tendrils, like grapevines, that wrap around the trellis lines and help the plant grow upward.

But why hops? It all made sense when I learned a bit more about that part of the country.

German immigrants began arriving in Iowa in the 1840s, according to Iowa History Online. By 1848, more Germans followed due to political unrest throughout Europe. The towns of Keokuk, Burlington, Muscatine, Davenport, Lyons, and Dubuque were the favored destination settlements for Germans.

So imagine, you are far away from your homeland. You miss the culture, the foods and, the drink, you knew so well. These German farmers quickly found the Iowa soil to be welcoming to hops.

In 1854, Iowa passed a prohibition law, but like other alcohol prohibition laws it was not enforceable. In 1858, the law was amended to allow the sale of beer and wine made from fruits and grains in view of the growing German-American community.

Hops have had a resurgence in Iowa over the past several years as a number of micro-breweries continue to crop up across the state.

Just another example of the importance of paying attention to tiny, sometimes seemingly unimportant details in the paper money designs.