Margo Russell: We Remember a numismatic legend and her legacy 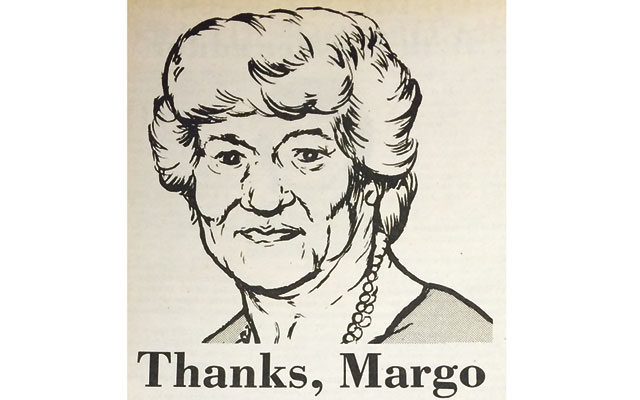 ?In preparing this week’s issue, I had the pleasure of being able to get to know someone who I never had the chance to meet: former Coin World editor Margo Russell, who led the publication for 23 years.

Some of the most thoughtful remarks came from her successor, Beth Deisher. Writing in a March 20, 1985, Coin World editorial, Beth said: “Margo leads by example. She insists upon accuracy and fairness, yet she has never shied away from asking the tough questions. Her skill at diplomacy is legendary. Her energy level is seemingly inexhaustible.”

Beth added, “Many have seen the high profile that her role as editor of the world’s largest weekly numismatic publication has dictated. But few have known of her quiet dedication to her family — her husband, her two daughters, her grandchildren, and her mother.”

Margo — who was rarely at a loss for words — had a simple statement summarizing her years at Coin World: “They’ve been wonderful.”

She received the Farran Zerbe Award from the American Numismatic Association, along with virtually every honor a numismatist could receive. The ANA named her a “Great Lady of Numismatics.”

Just as important, she and Beth were trailblazers: women who rose to leadership roles in a hobby and industry that is overwhelmingly male. For example, Margo was the only woman on the nine-member Amos Press Inc. Management Planning Group and attended advanced management courses in the 1970s, at a time when few women were taking this type of training.

Thank you Margo. You shaped a generation of coin collectors. You will be missed by the hobby, and all of us at Coin World.
More from CoinWorld.com: