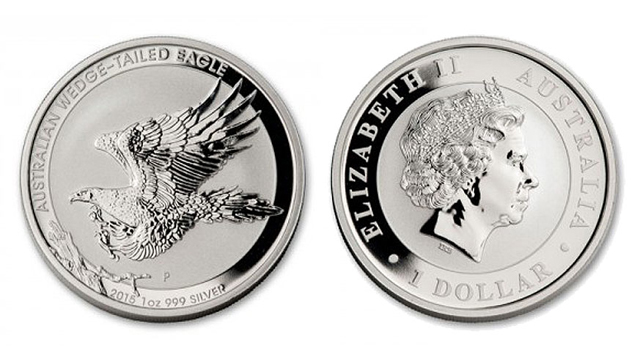 Mercanti’s design for this coin really struck a chord with collectors.

Last year the Perth Mint in Western Australia launched a popular new series of silver and gold coins, the Australian Wedge-Tailed Eagle coins, that depict a wedge-tailed eagle in flight with its majestic wings spread. These eagles are the largest bird of prey in Australia, and one of the biggest eagles in the world.

These coins have been a big hit with collectors due in large part to the stunning design they sport, a creation of former U.S. Mint Chief Engraver John Mercanti. Mercanti, of course, designed the reverse of the American Silver Eagle.

Mercanti’s design for this coin really struck a chord with collectors, and as part of the marketing of the coins primarily in PCGS-graded examples, he personally signed thousands of labels for those coins.

Many different varieties of the silver and gold coins were issued in rather low numbers: Proof and High Relief 1-ounce silver, 5-ounce High Relief silver, and several gold coins.

The coins were also released in a 1-ounce silver bullion format, which was the least expensive option and carried a mintage of 50,000 pieces—a low number for a bullion coin.

I have been trying to find out if all of the various versions will be released this year from my contacts at the Perth Mint, but they were not yet able to provide any details.

However, on Monday, March 2, GovMint, the U.S. distributor for this series, began selling the silver bullion coins on its retail web site. The coins are being offered once again in PCGS-examples graded MS-70, MS-69, and Gem BU.

Some collectors have expressed a preference for purchasing the coins ungraded, but so far only graded examples are available of the new issue.

The 2014 bullion coin was obtainable in capsules, but they were not easy to locate.

Many collectors said last year that while they love the design, especially in High Relief, they believe too many different versions were offered. It will be interesting to see which other versions, if any, are released later.