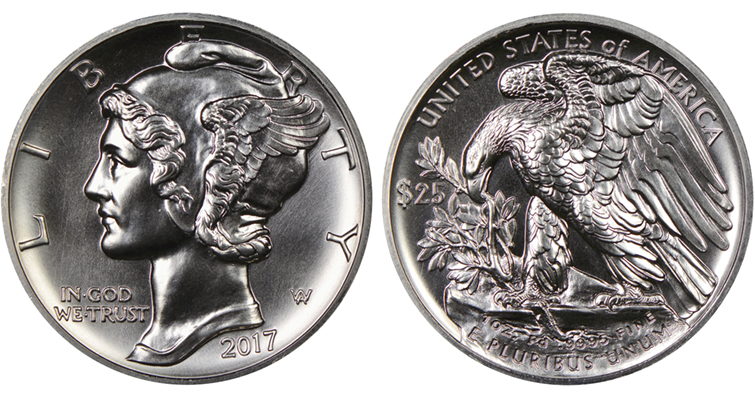 The U.S. Mint needs to reexamine how it produces its bullion coins.

None of the Mint’s bullion products are sold directly to the general public.

The Mint sells the bullion releases through its network of authorized purchasers at a set premium above the closing spot price of the specific metal per troy ounce on the London market.

The authorized purchasers, who offer a two-way market buying and selling the coins, then sell the bullion issues into the secondary market at a markup.

And for the first year of the palladium American Eagle, only 15,000 were made available on Sept. 25, the one and only day the coins were offered to authorized purchasers.

These approved buyers wanted more platinum and palladium American Eagle bullion coins based on customers wants. I know, because I asked the authorized buyers. They needed more coins to meet the public demand. The U.S. Mint didn’t meet that demand.

You would think that the Mint, which is in the business of making money in more ways than one, would accommodate the demand and strike the palladium and platinum bullion issues to order.

It means more revenue for the Mint, since the bullion issues can’t be sold back to the bureau. And it provides the authorized purchasers with the coins their customers demand.

If the Mint is going to continue to strike the platinum and palladium Eagles in limited quantities, it should announce the specific numbers.

I believe the bureau is making a big mistake by not increasing its production of these two bullion issues. It’s a lost opportunity.