Law and order or anarchy: Diocletian 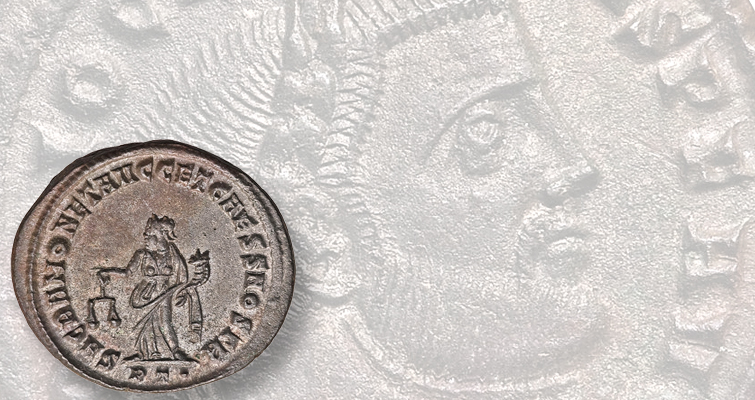 The emperor Diocletian appears on the obverse of this ancient Roman billon follis. On the reverse is a religious representation. The emperor championed traditional Roman religious practices, requiring his subjects to conform or face death. 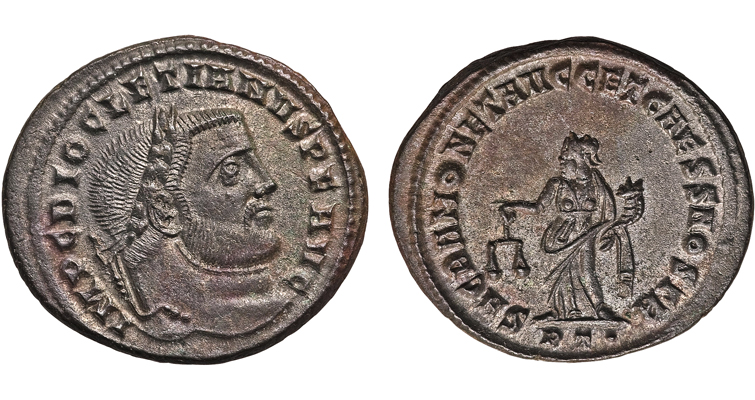 The emperor Diocletian appears on the obverse of this ancient Roman billon follis. On the reverse is a religious representation. The emperor championed traditional Roman religious practices, requiring his subjects, particularly Christians, to conform or face death.

The forces of good and evil collided cataclysmically during the reign of Roman emperor Diocletian (285-304). Which was which, though depended on your perspective.

The relationship between Christians and the Roman government was inconsistent. Sometimes the church was persecuted.  Other times it was tolerated. The seesaw teetered for three centuries. Peter and Paul were martyred during the reign of Nero. Constantine the Great issued the Edict of Milan in 313, setting the empire’s official position as toleration forevermore.
Conservative Romans viewed Christianity as seditious superstition that threatened the state’s true religion and an orderly society in general. Christians, of course, thought otherwise.
At any rate, the emperor Diocletian attacked Christians with a fervor in 303 A.D., in an event known to history as the Great Persecution. The emperors Diocletian, Maximian, Galerius, and Constantius issued edicts ordering Christians to comply with traditional Roman religious practices. A Christian named Eutius was the first to fall after tearing down Diocletian’s edict in Nicomedia. He was charged with treason, tortured and burned alive. Countless others followed, refusing to sacrifice to Roman gods and paying the ultimate price.
Diocletian’s coins are common and cheap, especially the bronze antoninianus. The coins tend to show the emperor on the obverse and a Roman god on the reverse.
Common, worn coins of the last emperor to persecute Christians can frequently be bought for less than $10.
Next: A dynasty of mad men