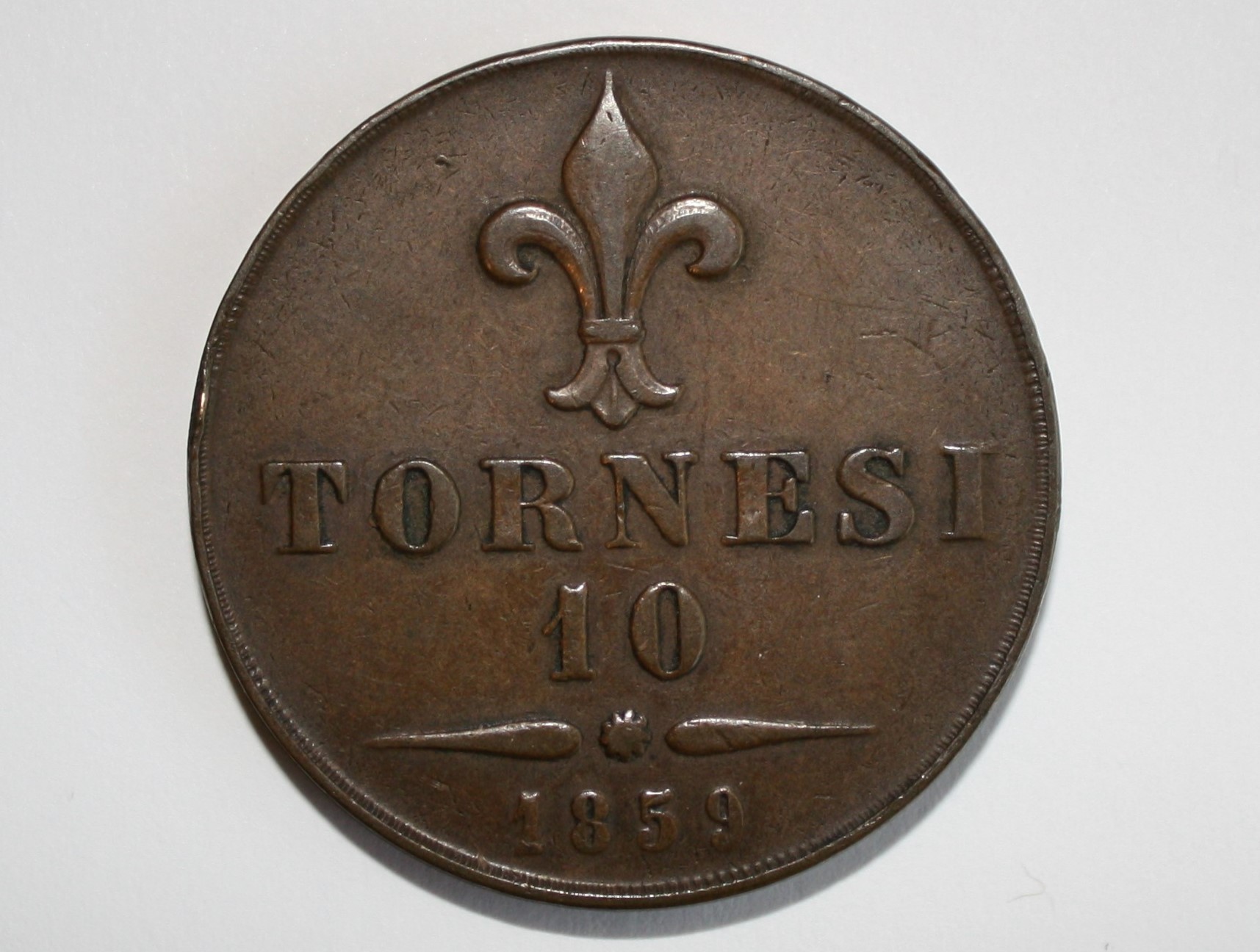 Although I frequently imagine Italian vistas, I often lack the fortitude—despite being a historian of Europe—to ponder Italian history, notorious for its unexpected twists and bewildering turns. In the classroom I usually dodge the knotty subject of Italian unification in particular, choosing instead to let students indulge the notion that Italy is the miraculous creation of a power not of this world; after all, one doesn’t have to be that spiritual to see the hand of God in a place this beautiful.

But literary and numismatic happenstance has given me the nerve to rethink my fear of Italian history. Umberto Eco’s recent novel, The Prague Cemetary, offers a semi-factual account of the multidimensional process of Italian unification that humanizes the mythological names of Cavour, Mazzini, and Garibaldi. Eco captured my imagination in a way that historians have not. Even more germane to my sudden bravado is the revitalization of a dormant specialization in my collection; the Italian states. This pleasant surprise I owe to a dealer at April’s Georgia Numismatic Association Coin Show from whom I purchased a fabulous 1859 Naples & Sicily 10 Tornesi (a 31 gram copper Goliath!).

Unifying Italy (Risorgimento in Italian) required the consolidation of historically distinct Italian states into a single Italian nation, generally thought of as completed in 1861, though loose strands were still being threaded together throughout the remainder of the decade. Unlike the comparatively straightforward unification of Germany a few years later (a process that Chancellor Otto von Bismarck matter-of-factly described as the outcome of “blood and iron”), Italian unification seemed to require forked tongues and fairy dust. Deteriorating monarchs, foreign usurpers, uncompromising Communists and compromising Liberals, landless peasants and landed nobles, and of course the Pope; these were just some of the actors sharing the stage in this riveting, real-life drama.

As is so often the case, coinage—and money more generally—was a crucial part of this drama, and the coins from this tumultuous period remain a critically important aide in understanding the events. I imagine my 10 Tornesi in the pocket of a soldier during the infamous“Expedition of the Thousand,” a heroic excursion of rag-tag adventurers who defeated Bourbon and Neapolitan regiments in Sicily and on the southern half of the Italian peninsula. From our vantage point as collectors, we know that 1859 was the last year that the monarchy of Naples & Sicily issued its own coinage. Thereafter—following a brief interlude under the rule of the Turin-based Kingdom of Sardinia—Naples & Sicily was compelled to join the monetary union of the newly-created Kingdom of Italy, a constitutional monarchy that issued its first coins in 1861.

Italian states coinage reflects the grand European theater of the 18th and 19th centuries. The incessant meddling of the Austro-Hungarian Empire gave rise to numerous occupational and provisional issues on all parts of the peninsula. The French Revolution’s reorganization of the European map around 1800 reshuffled Italian coinage too. The newly-created yet short-lived Cisalpine, Cispadine, Neapolitan, and Piedmont Republics all produced limited (and today, highly desirable) coinage.Napoleon’s coronation as Italian Emperor in 1805 led to ten years of coins bearing the bust of this most feared man in Europe. The upheaval of 1848, when Liberals, Socialists, and Nationalists all took their grievances to the streets of Europe’s industrializing cities, also reformed Italian coinage, including in Venice, where The Republic of San Marco struck several revolutionary issues. And of course, the drama of unification in the 1850s and 1860s would, region-by-region, erase the centuries-long history of Italian states coinage and simultaneously usher in the age of Italy, and Italian coins…not a bad result at all.