Apple Watch's gold gets company more bang for its buck 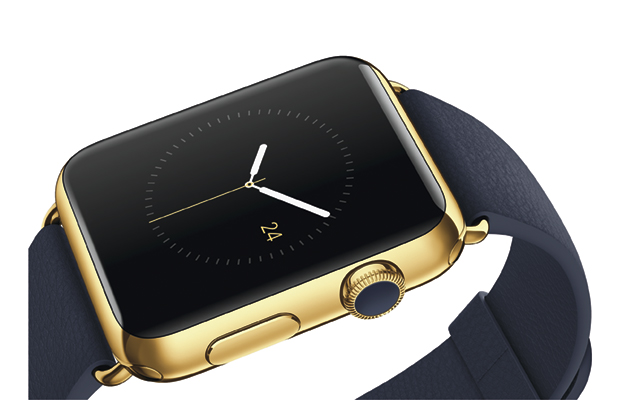 The Apple Watch Edition features a gold-adorned face and will retail for $10,000.

Apple’s ballyhooed new Apple Watch is set to be released later this spring, and the highest-end model, the Edition, features an 18-karat-gold-adorned face that leads to a retail price of $10,000.

Quite a price. And it could create quite a margin for Apple considering the 18-karat gold used is less expensive than typical 18-karat gold.

According to Leancrew, Apple’s gold is not a standard alloy but a metal matrix composite:

"Instead of mixing the gold with silver, copper, or other metals to make it harder, Apple is mixing it with low-density ceramic particles. The ceramic makes Apple’s gold harder and more scratch-resistant—which Tim Cook touted during the September announcement—and it also makes it less dense overall."

Less dense means less gold, according to Leancrew, and that means lower production costs. Apple filed a patent application for the gold-making method.

So if you were worried that the Apple Watch wasn’t going to make its company a lot of money, worry no more.