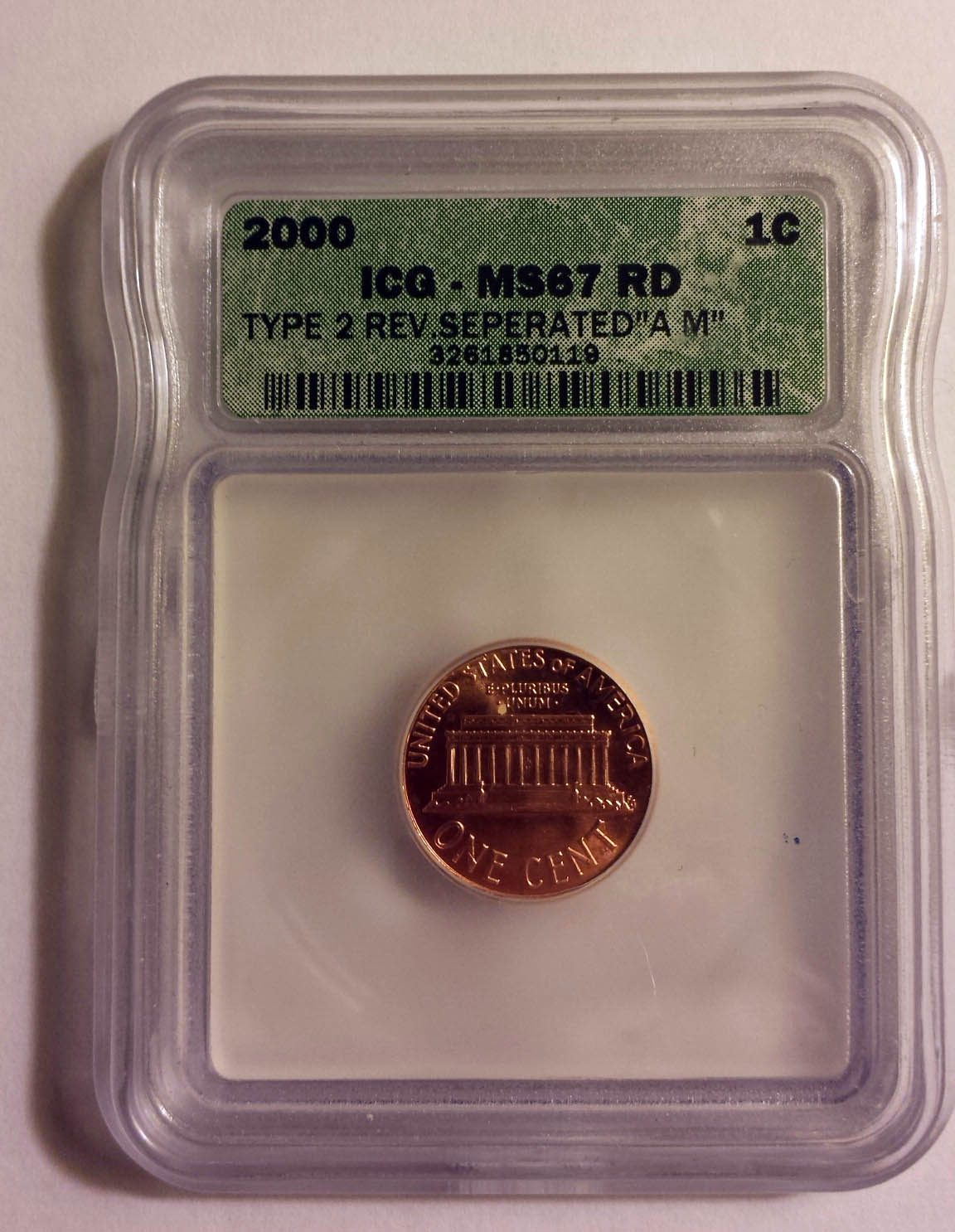 The coin looks perfectly graded and attributed, but “seperated” is a misspelling.

In the past I have had to return coins to grading companies because of errors on labels — typically a missing Mint mark — but this time, I’m happy to keep the 2000 cent with a “wide AM” reverse and an error on the label, because of the misspelled word.

As many viewers know, I also teach journalism at Iowa State University, and the word misspelled — which should be “separated”—is one of the most consistently misspelled words in news stories. In fact, the Telegraph reports a 2010 study that established the error’s frequency under a headline that reads “‘Separate’ is most commonly misspelt word.”

On a side note, you’ll notice that the British newspaper spells “misspelled” as “misspelt.” That’s because, while “misspelled” is the American preference, British English has the option to use either version of the word.

Back to coins: Each of the grading companies has procedures to return mislabeled coins at no charge for a new, accurate label. ICG specifically states that coins can be re-holdered for any reason with no charge for damaged slabs. Misspellings, of course, aren’t listed.

The “wide AM reverse” cent at Mint State 67 red is worth between $50 and $70 according to various price guides, but don’t count on getting that in major auctions. Recent sale prices are at $25 or less.

But I’ll put this in an auction with a note to my seller asking him to showcase the misspelling “seperate.” There is a small but dedicated online market for mislabeled coins.

This one reminds us that labels come with errors and varieties, just like coins.