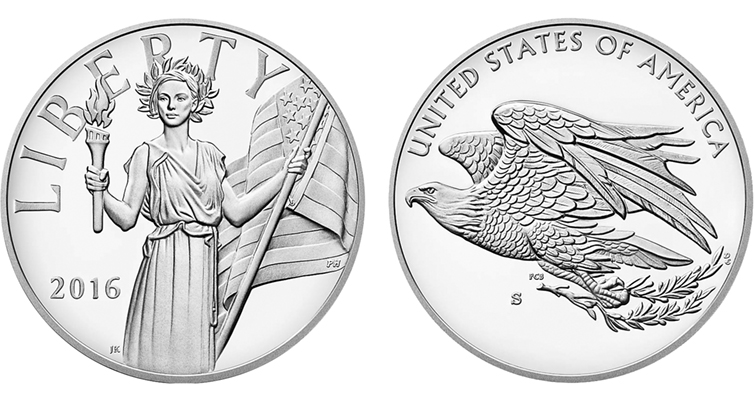 It took just six minutes Aug. 23 for the U.S.Mint to receive sufficient orders to consume the maximum product limit of 12,500 each of the Proof 2016-S and 2016-W American Liberty silver medals.

And it only took another half hour before Coin World began receiving phone calls from unhappy collectors who were shut out from successfully placing an order.

The medals, struck at the San Francisco and West Point Mints, were offered at $34.95 per medal, with a maximum household ordering limit of two of each medal,for a total of four medals.

U.S. Mint officials indicate the medals will remain in unavailable status until all orders placed before the mintage limit was reached are reconciled. That leaves open the possibility medals could become available should orders not be filled because of expired credit cards, or product is shipped and subsequently returned from canceled orders

Secondary market prices for the medals have already begun to climb. Some dealer trading networks are offering the medals for $100 in original Mint packaging.

The eBay auction site has multiple listings offering the medals, from $450 to $1,000 or more for two of each medal. Individual medals on eBay are being offered at $200 to $300 each.

A handful of dealers were offering premiums to collectors willing to place orders for the maximum number of medals permitted per household, with a windfall of $25 to $100 per medal available.

The 1-ounce, 40.6 millimeter silver American Liberty medals are struck on the same blanks as the American Eagle silver dollar.

The American Liberty High Relief gold coins were struck on blanks with the same 30.61-millimeter diameter of the gold 1964-2014-W Kennedy half dollar, but a thickness of 3.128 millimeters. The extra thickness boosted the coin’s weight to 1 ounce.

Collectors trying to place orders for the medals had to access each medal option separately, meaning once they got into the portal for one medal option, they had to click into another web page for the second option.

It will be interesting to know how many collectors were successful in placing orders for both medal options.