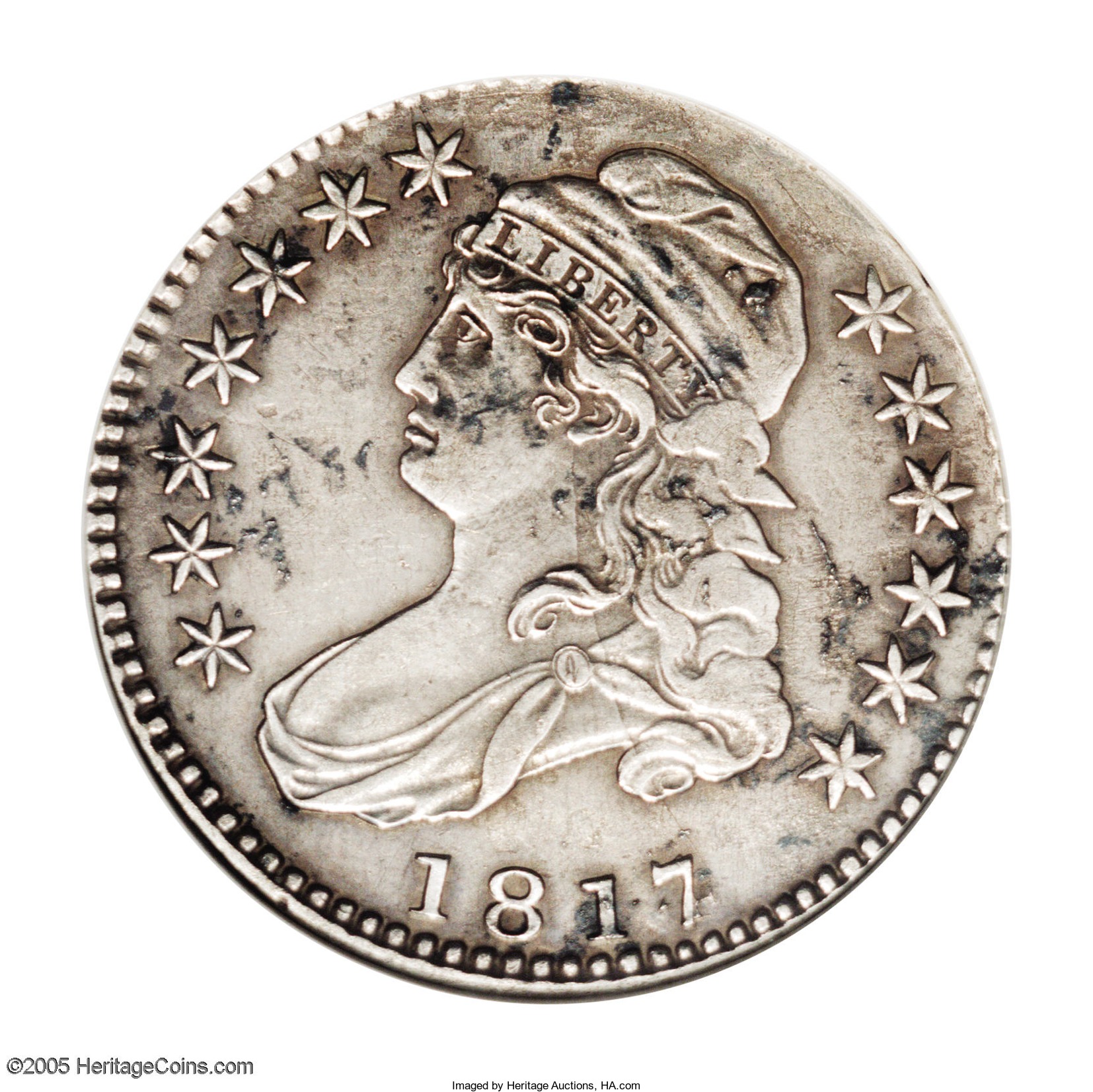 This eighth known specimen of the ultra-rare 1817/4 half dollar was found in a load of fill dirt. 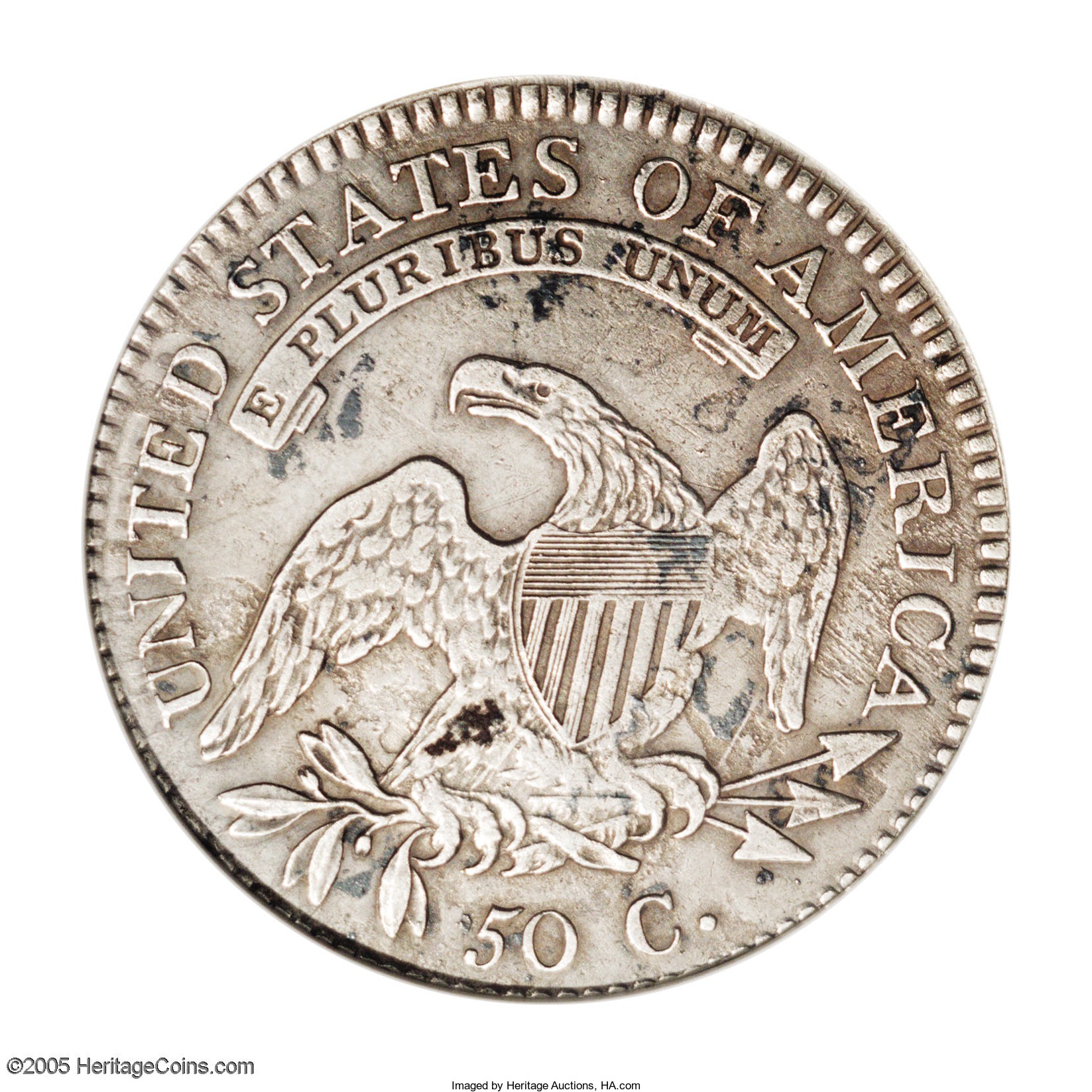 This 1817/4 half dollar was certified by ANACS with XF Details and some corrosion and was only the eighth known example of the variety when it was found. Considered to be the second finest (of the 11 pieces now known), it sold for $253,000 at its first auction appearance, in the Heritage Auctions 2006 Winter FUN sale, but those further finds have dampened excitement, and the coin's value; it last sold at auction for $164,500 in 2009.

New York contractor George Williams struck it rich in 2005 when he discovered the eighth known specimen of the ultra-rare 1817/4 half dollar in a pile of dirt.

Heritage Auctions placed the coin in the 2006 Winter FUN sale. The catalog entry tells the story: “News of the discovery appeared in the October 24, 2005, edition of Coin World. Williams said he ordered a load of fill for some foundation work he was doing. He was raking the soil when he heard a ‘cling.’ His son Nial, 19, turned the hose on the object and revealed an early date half dollar.

“The Coin World article goes on to say that when Williams returned home with the coin, his 14-year-old coin-collecting son, Cullinan, looked it up in A Guide Book of United States Coins (the ‘Red Book’). The boy then printed a copy of Sheridan Downey’s commentary on the 1817/4 half dollar in Collectors Universe’s CoinFacts.com [http://www.pcgscoinfacts.com/] web site that revealed more details about the rare overdate. The entire family then became increasingly excited about the find. The coin was certified by ANACS with XF Details and some corrosion.”

The coin was unknown to collectors until October 1930 when a brief item about it appeared in The Numismatist.

The magazine reported, “E.T Wallis, of Los Angeles, Cal., writes that he has recently discovered a heretofore unknown variety of the 1817 half dollar, the last figure of the date being cut over a 4.... Mr. Wallis thinks the die may have been cracked when the 7 was cut over the 4 and the die may have been broken when the striking began.”

Some collectors think the die was weakened when the 4 was mostly ground off, causing the overdate die to fail after only a few coins were struck. Others speculate the die just wasn’t properly hardened.

Half of the known specimens have a jagged die crack running across the entire obverse from above Liberty’s cap to the edge below the 7 in the date, indicating die failure was imminent when the coins were struck.

Next: A mysterious rarity