Half dollars: A mysterious rarity 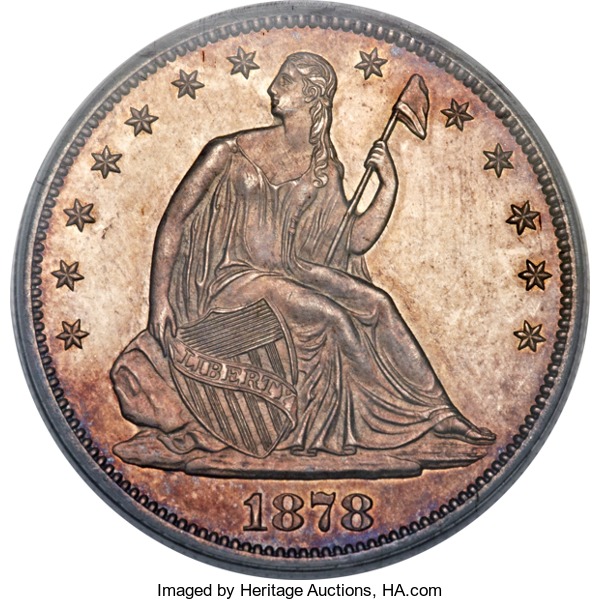 With a mintage of just 12,000, the 1878-S half dollar should be scarce but not rare. Ten other dates have lower mintages.

The 1879-S half dollar was rare from the get-go. One reportedly appeared at auction as early as 1882. Augustus Heaton, in his landmark 1893 A Treatise on the Coinage of the United States Branch Mints, called the coin a “great rarity.”

For reasons no one knows, fewer than 60 1878-S half dollars have survived. In comparison, the grading services had graded about 750 of the 1879 coins.

Heritage Auctions notes in auction listings for the coin, “The introduction of the Morgan dollar in 1878 is part and parcel of the rarity of the 1878-S half dollars. As mandated by the Bland-Allison Act authorized on February 28, 1878, the Treasury Department was ordered to resume coinage of the silver dollar denomination.”

The auction house speculated, “The quickest and easiest solution was to mint more silver dollars in preference over smaller denomination silver coins – far more dollars than were wanted or needed in commerce. Mintages of quarters and half dollars diminished to only token amounts.”

What happened to the remainder of the 12,000 1878-S half dollars has been the subject of speculation over the decades.

Were the coins melted, with the silver redirected to silver dollar coinage? Were they, like so many 19th century U.S. silver coins, shipped overseas as so much bullion? And, if they were shipped overseas, were they melted, as is most likely, or do there exist, in some Oriental warehouse, bags of gleaming 1878-S half dollars?

Next: The 69-day project that took two years