Getting edition sizes for collectibles vital to keep collectors happy 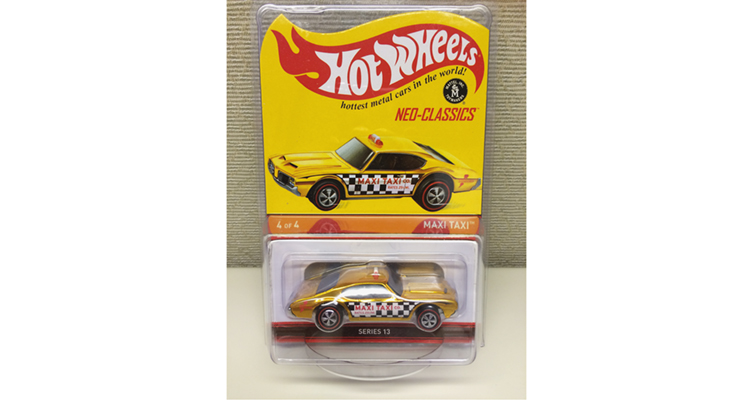 “You could have manufactured enough of this edition so that everyone who wanted one could have one.”

This lament, voiced by a collector at a collector’s forum after a limited edition collectible sold out in mere minutes, could have been about one of the U.S. Mint’s recent Coin and Chronicles sets.

So could this comment found at another social media site: “I'm so disappointed I couldn't get a [blank] because of your unperfect sales strategy. ...”

In fact, neither comment was made by a collector shut out of buying a Harry S. Truman or Dwight D. Eisenhower Coin and Chronicles set. The first comment was made by a collector who was unable to buy a limited edition Hot Wheels die-cast version of a Dodge 330 car that was offered Oct. 26 at the collector’s website operated by toy giant Mattel for collectors of Hot Wheels. The second comment was from a collector unhappy about being unable to buy a replica Pepsi Perfect bottle on Oct. 21 on Amazon in commemoration of the date that Marty McFly visited in the movie Back to the Future II (Pepsi Perfect was promoted as a “future” product of PepsiCo in the movie).

Collectors like being able to buy a limited edition product at issue price and then watch it rise in value on the secondary market. Collectors don’t like being unable to buy the collectible and then see prices rise on the secondary market. Collectors especially hate it when they see quantities of limited edition collectibles available for sale, at rising prices, on eBay or elsewhere, all being offered by the same seller, despite restrictive household limits, when they themselves were unable to buy just one.

For manufacturers of collectible products, getting the edition size right is one of the most important decisions a marketing team can make. Make too many of the collectible and unsold quantities can sit on the issuer’s website for weeks, months, or longer. Make too few of them and the collectibles can sell out in minutes, frustrating hundreds or thousands of collectors who couldn’t reach the checkout step of ordering online in time.

Mattel’s Oct. 26 sale of the Dodge 330 was a good example of the type of sale that can frustrate collectors. The edition was limited to 3,000 units and of that number, 2,000 were reserved for collectors who had earlier subscribed to the year’s core product line. When the sale of the remaining 1,000 began at noon Eastern Time Oct. 26, collectors rushed to buy those examples.

Some buyers saw their orders sail through. Others encountered roadblocks; Mattel recently introduced a new edition of its Hot Wheels Collectors website, and problems with logins, browser incompatibilities and other technical matters have occurred ever since (U.S. Mint website customers would understand). The car sold out in a half hour or so, while some collectors were still sitting in the online waiting room (also something Mint customers remember).

Post-sale comments were so similar to those about the Mint’s limited edition issues that all one would have to do would be to trade “Dodge 330” for “Coin and Chronicles set” and nothing would be lost in the translation.

As for the joint Pepsi-Amazon offering of 6,500 bottles of Pepsi Perfect (identical in appearance to the bottles seen in the movie), confusion arose as to when sales of the product were to begin on Oct. 21. Sales of some of the bottles apparently began early according to news accounts, catching many collectors unawares. Given the much higher visibility of the Back to the Future movie trilogy, it is likely that the numbers of upset collectors were much higher than those shut out of recent U.S. Mint and Hot Wheels limited editions. The sellout certainly got a lot of attention from the media.

What all of these recent sales show is that government and private manufacturers can anger their customers when sales methods allow products in hot demand to sell out early. Anger customers too often and they will stop buying the products, or so the unhappy customers say at forums.

Many U.S. Mint customers want the Mint to stop imposing artificial mintage limits on special products and, instead, make them to order. Mattel does that with some Hot Wheels, producing them to the quantities ordered during a set sales period. But most of its special collector products are limited to editions of 2,500 to 4,000, and there are rarely enough to go around.

If you’re a U.S. Mint customer who couldn’t buy one of the Coin and Chronicles set, you’re not alone. There’s a collector at the Hot Wheels site who knows exactly what you’re going through.