Youth and igniting a collecting spark 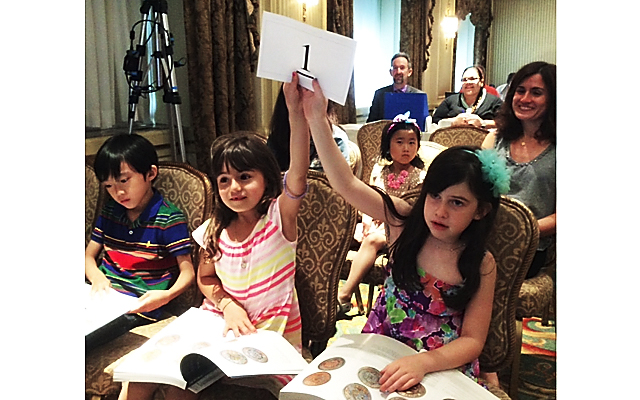 Could these young ladies at Heritage’s May 12 auction of the Gene Gardner Collection be the next generation of coin buyers? Image courtesy of Heritage Auctions. 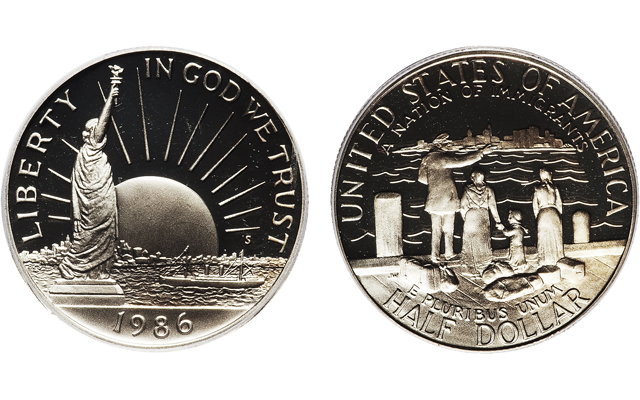 Coin collecting can be a family event, and families are seen on several commemorative coins, including the reverse of the 1986-S Statue of Liberty half dollar. Images courtesy of Heritage Auctions.
Previous
Next

One thing is certain: the future of our hobby depends on young people being aware of coins and taking an interest in them.

It is the spark that is essential, that curiosity about coins that can then either turn a young person into a young numismatist or, perhaps, just linger in dormancy for decades only to reemerge later in a person’s life.

In chatting with Scott Rottinghaus for this month’s Q&A, Scott shared a story about his daughter Fiachra’s interest in numismatics. While she gave numismatics a try — even winning a few American Numismatic Association Young Numismatist literary awards — the collecting bug didn’t stick.

Scott said: “I can’t tell yet whether she’ll be back to coins later on. My four younger children haven’t become interested beyond the wild enthusiasm that all young kids seem to have at the prospect of participating in what daddy is doing.”

So what does it take to make a young person interested in the hobby?

For both Scott and myself, the American Numismatic Association has been essential to our development from young collectors into adults, and from people curious about coins to numismatists.

To that end, in the May 18 weekly issue of Coin World where I announced that I was transitioning from my role as Editor-in-Chief to an Editor-at-Large role, I also offered free one-year ANA Gold memberships for young numismatists (those under 17) to the first 50 people who got back to me.

The responses I received so far are absolutely heartwarming. As Peyton Strzalkowski wrote, “My sister and I like coin collecting because it teaches us about history here in America, countries around the world and because it is special time we get to spend with my dad, David. I also like going to shows and getting to see all the valuable coins that my dad doesn’t have in his collection.” Her father added that publications like Coin World “help keep kids, like my daughters, involved and ensures the future of our great hobby.”

And what a great hobby it is!