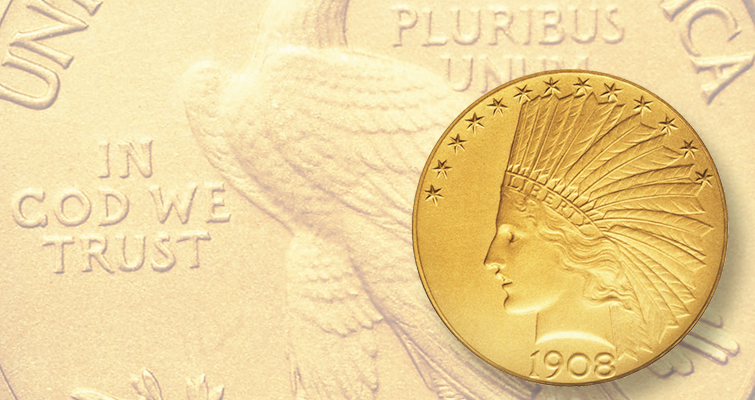 ?Our cover feature this week focuses on the Mint’s recent experiments with different finishes on the coins it produces and sells to collectors and dealers. Collector reactions to Reverse Proof and Enhanced Uncirculated coins have differed, though secondary market pricing for many pieces suggests that overall, the response has been positive.

The Mint has not always received a positive response to experimental finishes for collector coins. Indeed, the failure of experiments at the start of the 20th century actually resulted in the cancellation of sales of Proof coins for two decades.

From 1858 to 1915, the Philadelphia Mint struck Proof versions of most coins for customers. Until 1907, the finish on the Proof coins generally consisted of polished surfaces. However, the introduction of the new designs for the gold eagle and double eagle in 1907 and for the gold quarter eagle and half eagle coins in 1908 resulted in changes to the die curvature and texture of the fields that researcher Roger Burdette said made polishing of the surfaces to create a traditional Proof finish impractical.

Since Mint officials still wanted to sell Proof coins to collectors and wanted those coins to have a distinctive finish to distinguish them from circulation strikes, they introduced a dull Proof finish or what we call today the Sandblast Proof finish. This finish on the 1907 and 1908 gold coins was imposed post striking through light sandblasting. A different approach requiring no post-striking treatment was used on the gold coins of 1909 and 1910, creating the oddly named Roman Proof finish.

For the next few years, Proof finishes were not uniform, which collectors found unsettling and complained about in correspondence. The new Lincoln cent had a matte finish. The 5-cent coin and three silver coins of the old designs had traditional brilliant finishes but their replacements had die curvature and fields similar to those of the gold coins, making polished surfaces not an option.

Furthermore, the Mint’s prices for the Proof silver and minor coins would not cover the higher production costs that would be entailed, Burdette writes. The Mint decided the hassle was not worth it, and in 1916 canceled the Proof program.

Mint officials today must tread the fine line separating an expanded product line with multiple finishes on the same coin that collectors embrace and a product line that collectors find bloated and offputting. Let’s hope that we all benefit from the failures of the past by avoiding repeating them.