What other issues is the U.S. Mint keeping under wraps? 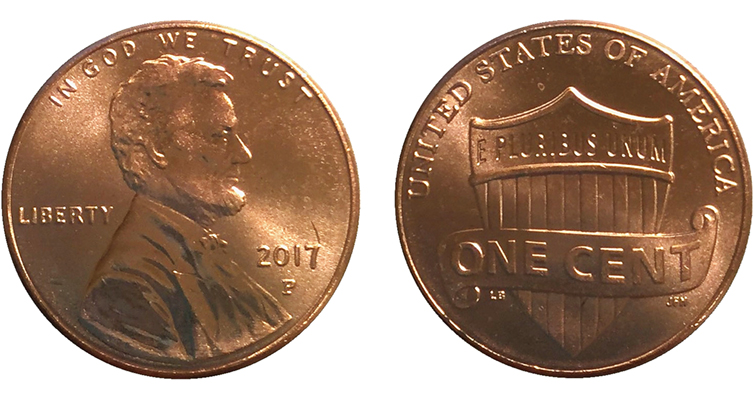 ?The numismatic community and public at large were totally caught off guard with the appearance in circulation of 2017 Lincoln cents bearing a P Mint mark. Many believed the 2017-P cents were counterfeit, since cents struck at the Philadelphia Mint beginning in 1793 do not bear a Mint mark.

It wasn’t until Coin World was able to confirm with U.S. Mint officials Jan. 13 that the Lincoln cents struck for general circulation and those for 2017 Uncirculated Mint sets will bear a Mint mark for the first time in the U.S. Mint’s history that counterfeit concerns were debunked.

U.S. Mint officials report the adding of the Mint mark was not formally disclosed so that the coin bureau could see how long it would take before the public would notice. North Carolina collector Terry Granstaff noticed on Jan. 13 when he received a 2017-P cent in change from a Black Mountain, N.C., gas station.

Adding the Mint mark is part of the U.S. Mint’s year-long celebration of its 225-year history and recognition of the contributions from the Philadelphia Mint employees.

Beginning in 2018, the cents struck at the Philadelphia Mint will return to being struck without releases the U.S. Mint might have that will go unannounced.

One of the benefits to collectors, however, for the circulation-quality 2017-P Lincoln cents is that collectors will be able to obtain examples of the strikes at face value. The 2017-P cents in the 2017 Uncirculated Mint sets will carry a premium, since the coins will be included in a numismatic product with other coin denominations and offered at a premium above face value.

Hopefully, the U.S. Mint will be offering in 2017 a number of celebratory 225th anniversary products that are not only appealing to current collectors, but may spark an interest to entice new collectors.

It’s a win-win for the Mint and the hobby.