What I bought at the 2015 NY International Numismatic Convention 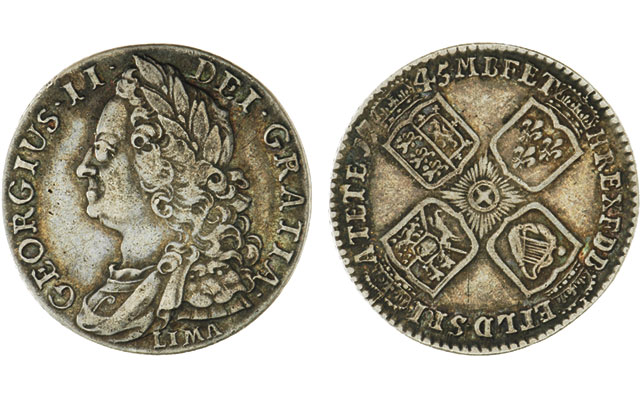 A 1745 silver shilling from Great Britain was issued by George II out of silver captured in a naval victory against the Spanish. 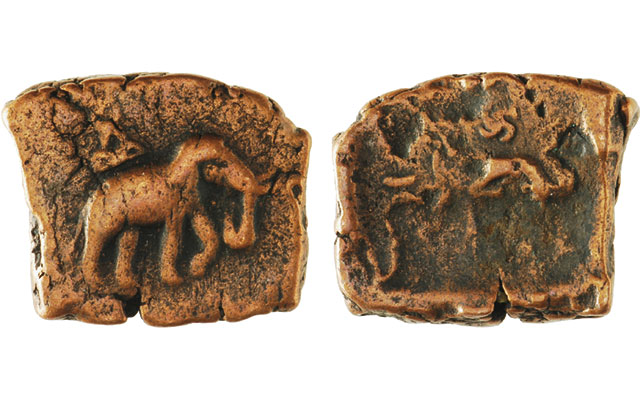 An elephant in the design is one reason I felt drawn to this 1.5 karshapana coin from Pushkalavati. Other factors that made buying the coin a "no-brainer" include its square shape and the ancient culture that issued the coin.
Previous
Next

One of the great things about this job is getting to attend coin shows on a regular basis.

Of course it is always great to greet fellow collectors and Coin World readers, and meet with dealers and discuss the state of the market. From a purely selfish reason, however, it is wonderful because it means another chance to buy coins.

I came home with several noteworthy acquisitions, and all have special meaning to me.

There is a romance and allure to the Lima series of coins issued in 1745 during the reign Britain’s George II.

These coins, like the shilling that I purchased, were struck from metal captured by Admiral of the Fleet George Anson in defeating the Spanish.

Having just written about these coins for Coin World’s December monthly issue, I was delighted to find one, in relatively good condition, at a price I found acceptable. And that was within the first 15 minutes of the show!

Another find was an ancient coin that I had never heard of, in a denomination worthy of a spelling bee.

The 1.5 karshapana coin is often attributed to Pushkalavati (modern-day Peshawar) in what is now Pakistan, and was issued sometime in the third to second century B.C.

It wasn’t the name that drew my attention, but the square shape and the elephant on the obverse.

Who doesn’t love elephants? (Besides poachers, that is).

According to coin dealer Bob Reis of Anything Anywhere, at the time Pushkalavati was controlled by what we would recognize as banks today, and these banks issued “a series of municipal copper coins that became the model for the square Greek bronzes after those guys conquered the region.”

The reverse side shows a lion, though it is almost indistinguishable on the example I purchased.

Though attributed to Pushkalavati, researchers suggest the coins might instead have been issued in Taxila.

Regardless of its true origins, the coin dates to one of the oldest cultures, is square and, need I repeat, shows an elephant!

Let’s explore three other notable finds at the show in part two, in the next Starck Contrasts.