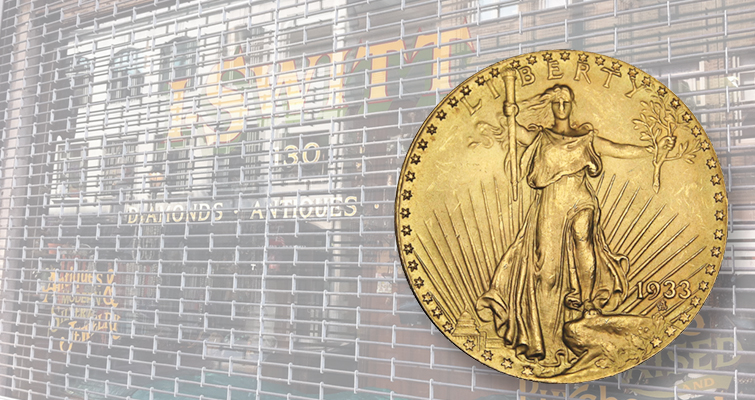 The next chapter in the continuing saga of 10 1933 Saint-Gaudens double eagles opens in February.

?Roy Langbord is a third-generation target of the government’s determination to prohibit the private ownership of a gold coin struck when it was possible (though unlikely) to walk into any store and pay for your purchase with gold coins.

He is a member of the Langbord family that has fought a 10-year legal battle against the federal government for ownership of 10 1933 Saint-Gaudens double eagles his mother found in a family safe-deposit box some 12 years ago. Now, he is sharing with readers some of his personal recollections on that battle in an exclusive interview granted to Coin World. He told senior editor Paul Gilkes how his family’s reputation has been besmirched in a story that dates to the 1930s when his grandfather Israel Switt was a dealer in jewelry and coins in Philadelphia.
At the heart of the recent case is Switt’s role in selling an uncertain number of 1933 double eagles in the marketplace. The thing is, until 1944, 1933 double eagles traded in the coin marketplace unhindered by government interference, generally bringing prices of $1,000 to $2,000. While the coins were rare, they weren’t hidden. Ads for them appeared in numismatic publications. In fact, the government, with the Bureau of the Mint’s blessing, in March 1944 granted King Farouk of Egypt, a collector of coins and many other things, an export license for one of the coins. Within days of that decision, however, the government’s stance on 1933 double eagles was reversed.
When the government was made aware of a March 1944 auction by Stack’s that included a 1933 double eagle, Mint officials took another look at the background of the coin and came to the conclusion — whether right or wrong we may never know for sure — that no 1933 double eagles were issued legally with the exception of two given to the Smithsonian. Secret Service agents descended upon Stack’s and soon learned of Switt’s connection to marketing the coins. Over the next few years, the government tracked down nine examples total, eventually melting them all (a desecration to numismatists). But the Mint didn’t get all of the coins out there. The supposed Farouk coin was found in 1996 and another long trial ensued; surprisingly, the government permitted its public sale in exchange for 50 percent of the take.
At least one other 1933 double eagle resides in a private collection. You can bet that the owner of that coin will listen to Roy Langbord’s advice to not tell the Mint.