Get to know your currency! 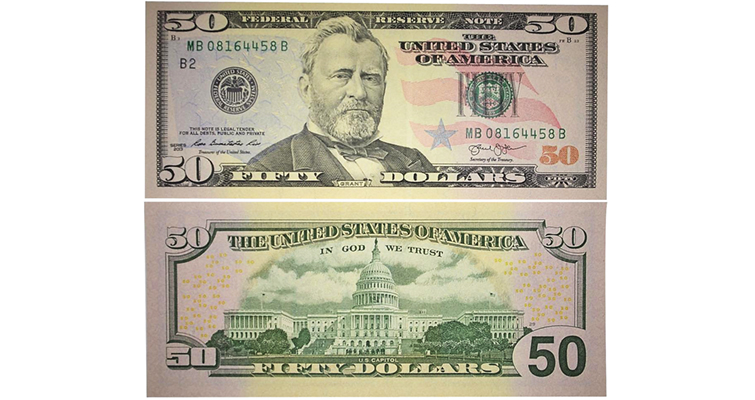 It never ceases to amaze me that those individuals whose job it is to handle cash on a daily basis – bank tellers, cashiers in retail and grocery stores, restaurant servers, and gas station attendants, among others – don’t know much about the U.S. currency that passes through their hands, neither the paper nor the coins.

Many that I’ve encountered focus, in the case of coins, on the diameter and color of the coin without giving much consideration to the design. Every coin within a denomination might as well look the same. If they see a dollar coin, they consider it an anomaly, or worse yet, a foreign coin or counterfeit.

I had two instances in recent weeks where the currency in question was a $50 Federal Reserve note.

While attending the Central States Numismatic Society Convention April 26 to 29 in Illinois, I talked with a dealer friend who had an unpleasant encounter with a supermarket check-out cashier who intimated he was trying to pass a counterfeit bill. She had looked at the placement of the security thread in the note as she held the note up to the light. The dealer retrieved the note and paid for his groceries with two $20 notes and a single $10 note, which the cashier accepted without even batting an eye.

On May 6, while attending a Todd Rundgren concert in Columbus, Ohio, with a friend, my friend paid for his pizza with a new $50 note. The guy behind the bar counter held the note up to the light, again looking for the security thread. I provided him a short history lesson on the production of the note and explained that the mere existence of a security thread was not necessarily an indication of the note’s authenticity. He actually surprised me by having knowledge of some of the other security features of the current series.

I “noted” (no pun intended) that the security thread on the current series of notes, although supposed to appear vertically to the right of the presidential portrait, could appear to the left if the security paper in which the thread is embedded before printing was improperly placed into the printing press at the Bureau of Engraving and Printing. Paper positioning will also affect the positioning of water marks. While such notes with the security strip appearing in the wrong position might bring into question their authenticity, they are not only genuine legal tender, they are also highly collectible error notes that command a premium above face value.

If your knowledge of the security features on the current series of Federal Reserve notes denominated $5 through $100 is a little rusty, take the time to visit www.uscurrency.gov for an illustrated refresher. The U.S. Currency Education Program posted there is managed by the Federal Reserve Board.