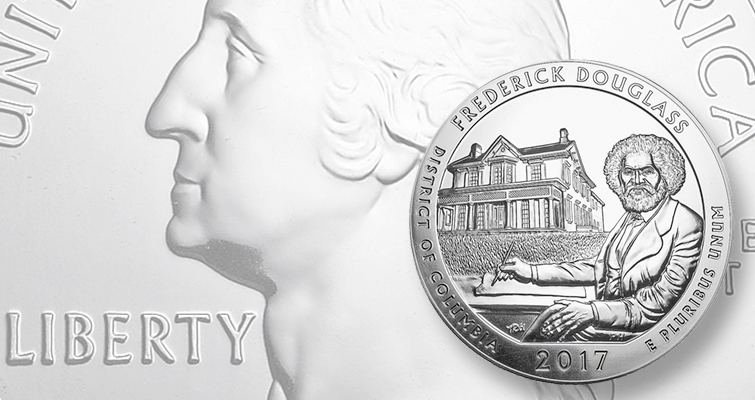 In the America the Beautiful series, sales for the 3-inch 5-ounce silver bullion issue featuring Frederick Douglass, the widely admired 19th century abolitionist leader, were ended at 20,000 pieces. The coin has almost doubled in retail value since it was released. 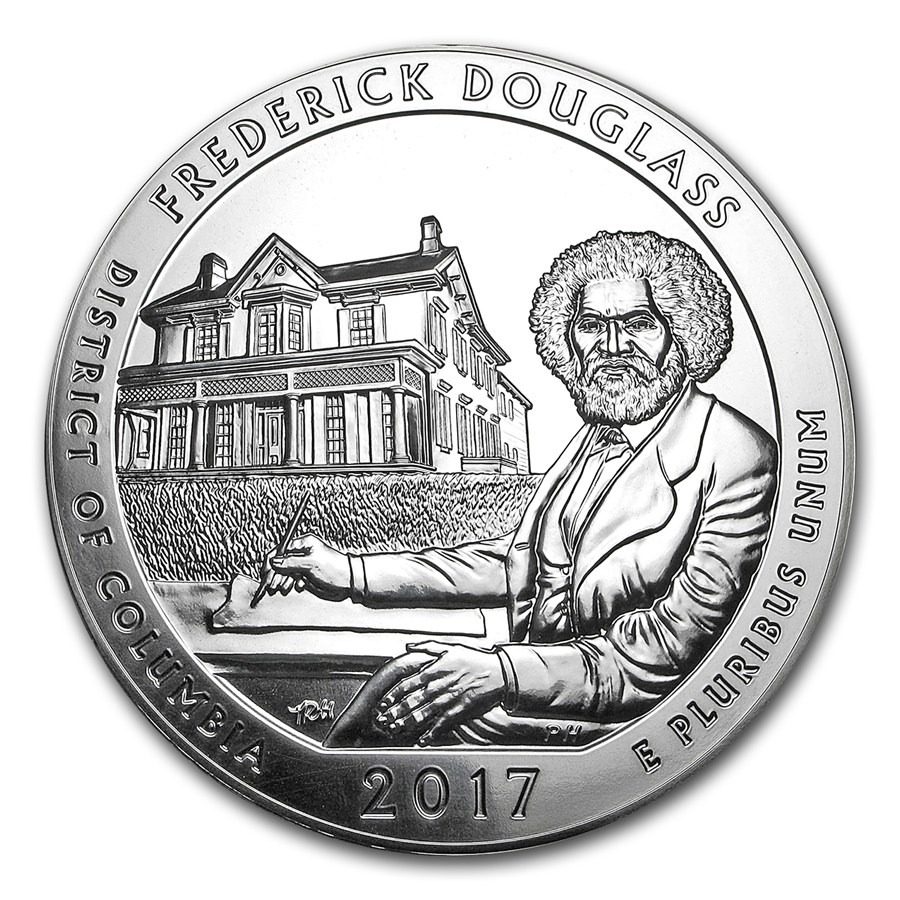 The Mint’s authorized purchasers, who distribute the bullion coins, seem to have underestimated demand for certain issues, such as the one for Frederick Douglass, the widely admired 19th century abolitionist leader, whose sales were ended at 20,000 pieces for the bullion issue. The coin has almost doubled in retail value since it was released. 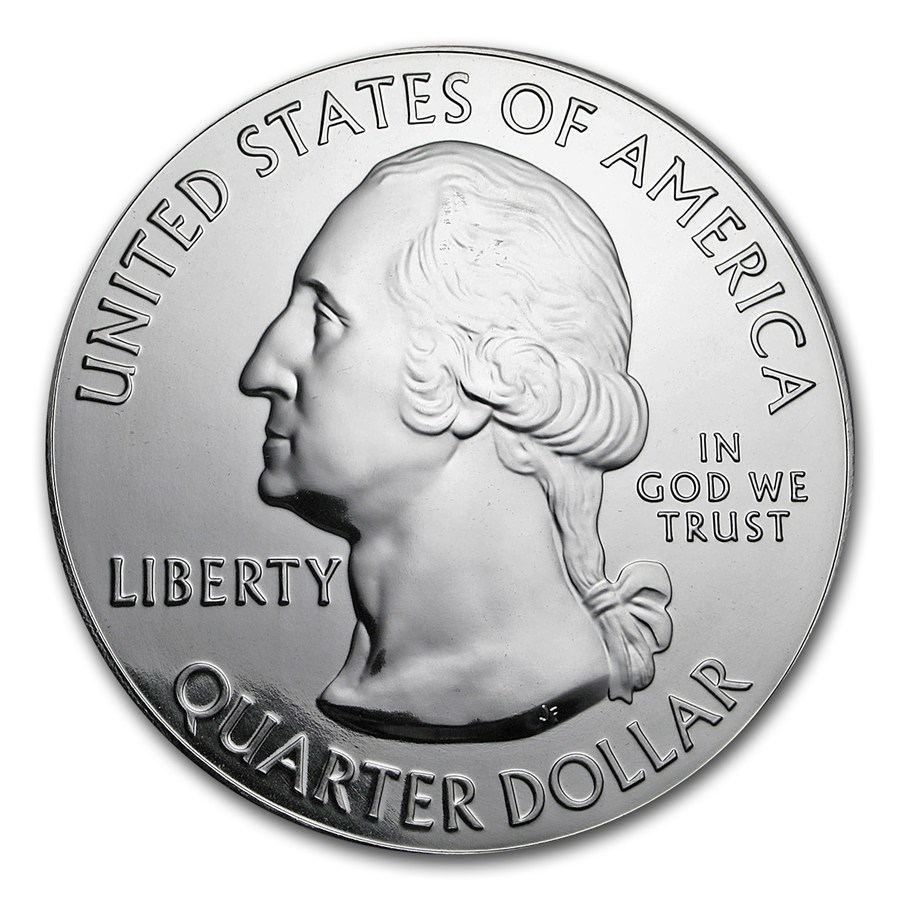 Secondary market premiums for the America the Beautiful 5-ounce silver bullion coins can be difficult to understand. Mintage is only one factor — designs and parks that are more popular also do well, especially if they are also lower mintage issues, or if they sold out unexpectedly.

Perhaps no modern coin series, other than the $10 First Spouse gold coins (2008-2016), has been the subject of as much controversy and division as the 5-ounce silver versions of the America the Beautiful quarters that debuted in 2010.

From the beginning, many collectors questioned the need for large silver coins and criticized their designs, of which the late Ed Reiter, longtime editor of several numismatic publications and president of the Numismatic Literary Guild, said: “Too often, the coins focused on monotonous views of odd outcrops and ill-defined monuments.”

It is true that many of the designs of this series share a considerable degree of overlap, such as the many issues that depict birds or rocks, but the series also boasts some interesting designs, like that of the Mount Rushmore coin. And to be fair, the artists creating these designs were rather limited by the subject matter supplied to them.

The series begins its ninth year in 2018, and the designs of the new coins were unveiled at the Denver ANA coin show in August.The 2018 designs include three with birds (one is a loon), and two showing rock formations. I personally think the Voyageurs and Apostle Islands coins, and perhaps Pictured Rocks, should look good in the large, 76.2-millimeter (or 3-inch) format.

In fact, that has been another challenge of the series, as many of the designs are too busy for a normal-sized quarter but work much better on the 5-oz. coin. In addition, foreign mints have been issuing large silver coins for years, and some collectors clearly like them, so why cede the market to other mints?

Sticking with the series, with five coins per year, or ten if you also collect the vapor-blasted versions sold directly by the U.S. Mint, has been costly during some years, depending on silver prices, and requires a lot of storage space. That seems to have contributed to lower sales in recent years, as have other factors, like series fatigue.

Yet a basic bullion set at current silver spot runs only a little over $500 a year, or right about the same amount as 25 American Eagle silver dollars. But while the American Eagle bullion coins are almost all valued at just a little over spot (except for the 1986 and 1996 issues), many of the 5-ounce coins currently bring between $150 and $200 apiece. Even the 2010 issues that were $200 each at issue, because silver was about $35 an ounce, currently sell for the same amount as they did when silver was twice its current price.

In some cases, the Mint’s authorized purchasers, who distribute the bullion coins, seem to have underestimated demand for certain issues, such as the one for Frederick Douglass, the widely admired 19th century abolitionist leader, whose sales were ended at 20,000 pieces for the bullion issue. That one has almost doubled in retail value since it was released earlier this year, yet the Ozark coin, which has the same mintage, has increased much less, to about $130 to $140 compared to $160 to $190 for the Douglass coin. Perhaps the Ozark con is undervalued at its current value.

This situation is reminiscent of values with the two previous keys to the bullion series, the 2012 Volcanoes and Denali coins, with the first commanding a much higher price than the second, while both have the same 20,000-coin mintage. Both of those coins peaked at a certain level and then basically stayed there until drifting a bit lower more recently. But the vapor-blasted Volcanoes coin commands almost $1,000 graded SP-70, and around $700 to $800 in original packaging, which is several times the issue price.

And that raises an interesting aspect to the series, which is that secondary market premiums for these coins are sometimes difficult to understand. It seems that mintage is only one factor, and that designs and parks that are more popular also do well, especially if they are also lower mintage issues, or issues that sold out unexpectedly.

Much like the gold spouses, the ATB series will always have its adherents who are determined to stick with it to the end, either because they see it as a good way to acquire silver, are encouraged by the many issues whose premiums have risen, or just like the coins.