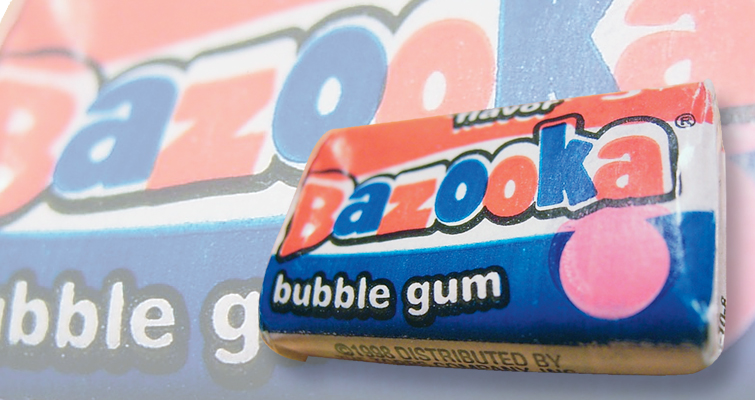 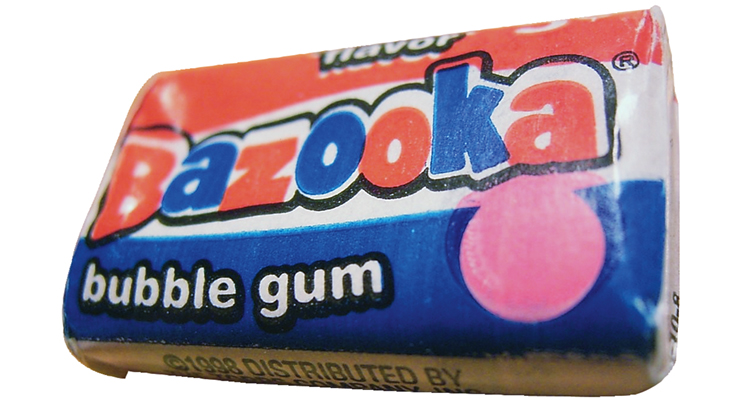 A penny apiece no more: Amazon sells tubs of 225 pieces of Bazooka bubble gum for $16.94. Other places charge more. And there's no comic in the wrapper — in 2011 the company killed Bazooka Joe and his corny jokes and replaced him with brain teaser puzzle wrappers.

It’s been decades since the cent would actually buy anything. The penny candies of the ’50s and ’60s are now sold by the box and cost a whale of a lot more than 1 cent each.

Amazon sells tubs of 225 pieces of Bazooka bubble gum for $16.94, or 7.5 cent each. Other retailers charge more. And the stupid comic that came with it, that’s gone too. In 2011 the company killed Bazooka Joe and his corny jokes and replaced him with brain teaser puzzle wrappers.

The cent, which was copper for most of its nearly 225-year run, lost all but a thin film of the metal in 1982 when the Mint switched from bronze to copper-plated zinc.

Nonetheless, the coin is widely collected. Most of us started with Whitman penny boards — squeezing cents into barely yielding holes in blue folders. Many were sated with Book 2 folders — 1940 to some date in the 1960s. A few moved on to Book 1, which had the key coins everyone searched their change for — 1909-S VDB, 1909-S, 1914-D and 1931-S. Still fewer went on to the rarified atmosphere of early large cents.

Collectors accumulate not only coins, but also stories — stories about how the collector acquired the coin, stories about the history of our nation and stories about injustice and prejudice.

For the next five weeks, I’m going to explore five stories about the lowly denomination. Like all good stories, they bear telling and retelling.

Next: Strength or slavery?