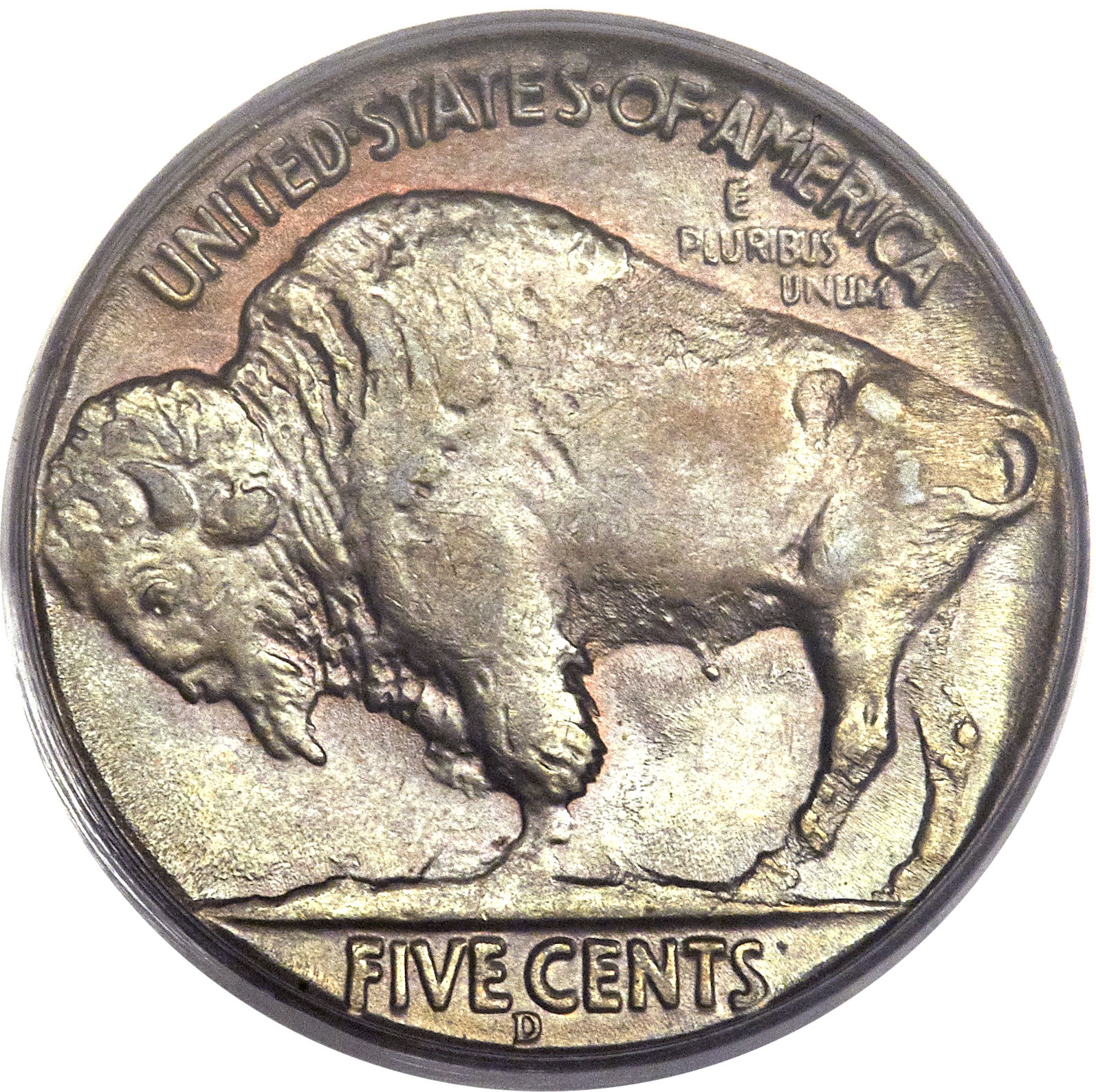 The buffalo on this reverse of a 1937-D 5-cent piece lost part of its leg to an overly enthusiastic Mint worker. This Professional Coin Grading Service Mint State 63 coin sold for $4,700 in June 2015. Heritage Auctions. 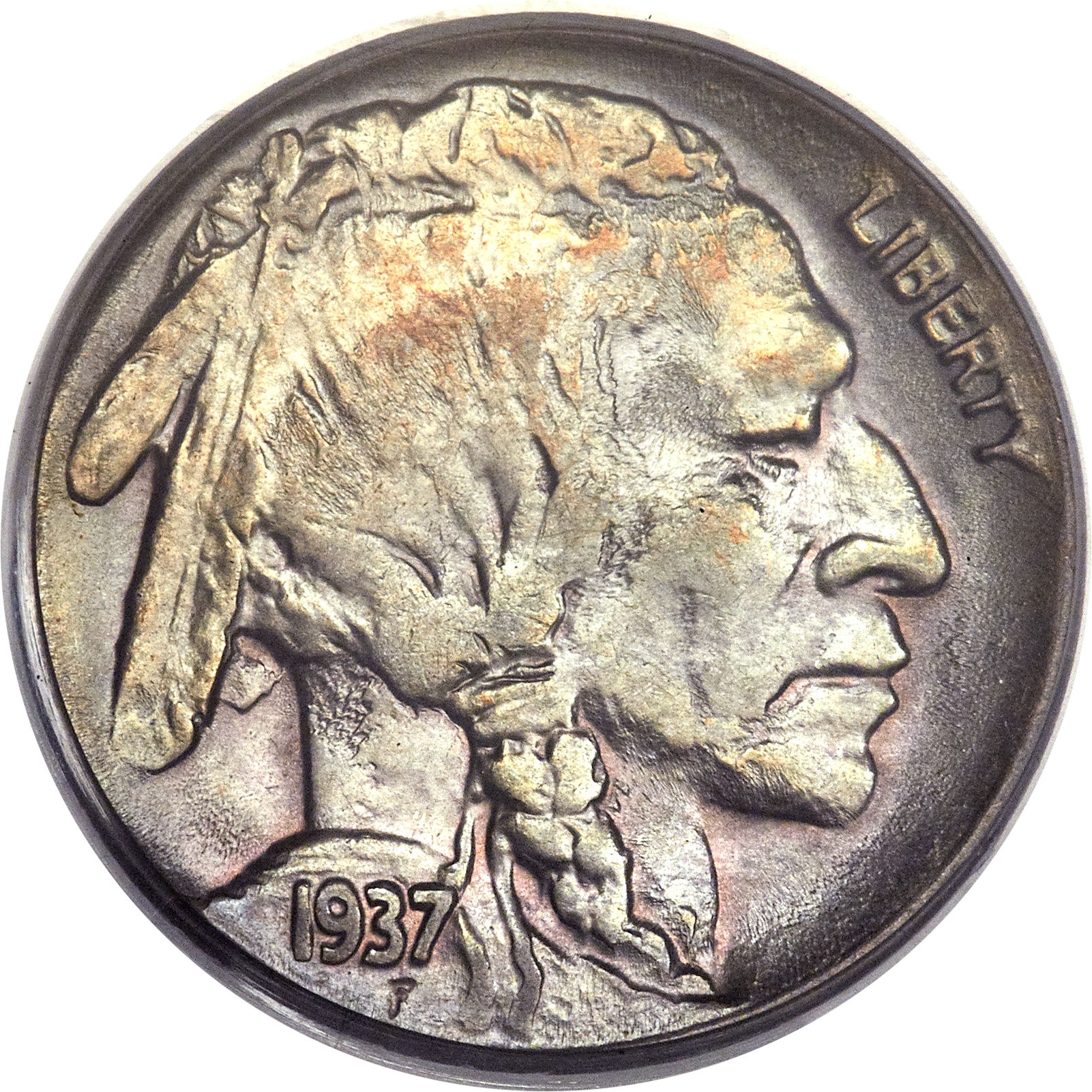 A die clash that left part of the Indian's head imprinted in the reverse die for the 1937-D 5-cent piece prompted polishing by an enthusiastic Mint worker. A little too much enthusiasm, it seems, costing the buffalo on the reverse part of its leg. This PCGS MS-63 coin sold for $4,700 in June 2015. Heritage Auctions

Previous
Next
A press striking Indian Head 5-cent pieces in Denver misfired in 1937. No blank was in the press when the obverse and reverse dies slammed into each other. Part of the Indian’s head was impressed into the reverse die, just below the left side of the buffalo.

As usual, Mint workers tried to fix the reverse die by grinding away the clash marks. However, this time they got carried away, removing not only the offending clash marks but most of the creature’s foremost leg.

When the die was placed back in service, only the animal’s hoof remained. The buffalo on coins struck from it hobbled along on only three legs.

Collectors immediately seized upon the coin, which apparently was released mostly in Montana.

Collector Aubrey Bebee, who later gave much of his collection to the American Numismatic Association, reported in a 1943 article in Numismatic Scrapbook. “While touring the West for several months in 1939, we stopped at Bozeman, Montana, for several days, where Mrs. Bebee and I had the great pleasure of meeting Harold C. White, who informed us of the existence of this freak. I bought several of these nickels from Mr. White, as I doubted that I would be able to find any as late as 1939. However, the next day I went to the banks there and from four $50.00 bags found about 30 specimens.”

Next: The Philadelphia coin that wasn’t