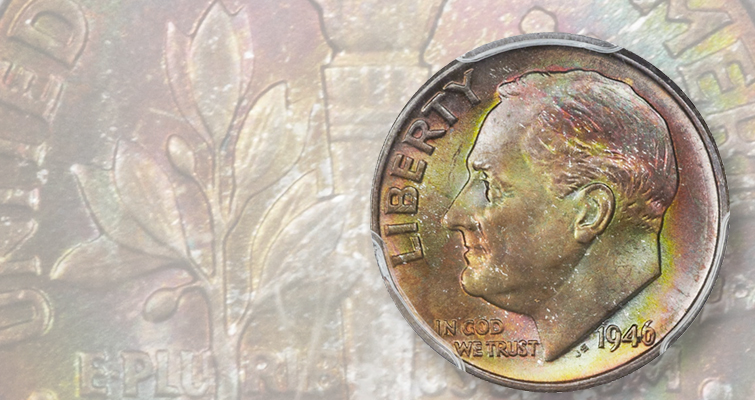 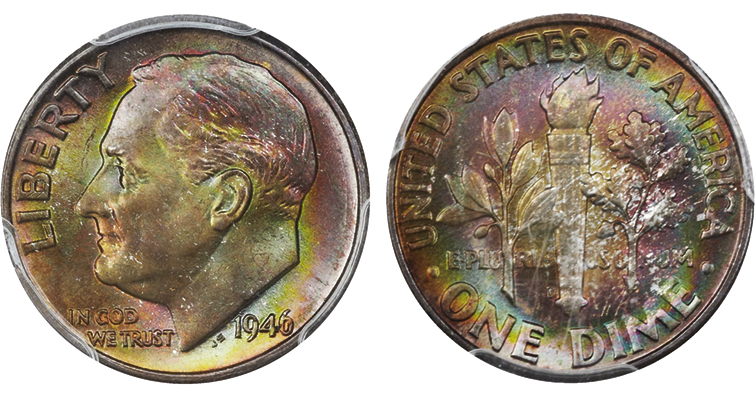 Franklin D. Roosevelt, who led the nation through the twin perils of the Great Depression and World War II, was crippled by polio as a young man. In 1938 he founded the National Foundation for Infantile Paralysis, whose chief fundraising event was the annual door-to-door March of Dimes campaign.

The nation was still transitioning to a peacetime economy when the coin was issued. Pent-up demand from a decade of Depression and five years of war stressed the economy. Civilian goods were often in short supply or had not been available for years.

As for what that dime could purchase in1946, here are the prices for some items advertised in the Toledo Blade newspaper in January 1946:

General Electric, the object of a CIO strike, took its case to the public, complaining that it had offered workers earning less than $1 an hour a 10-cent pay hike and those earning more a 10 percent raise, to no avail. The federal minimum wages was 40 cents an hour in 1946. It is now $7.25 an hour.