?Odd uses for coins: Taking a bite out of coins 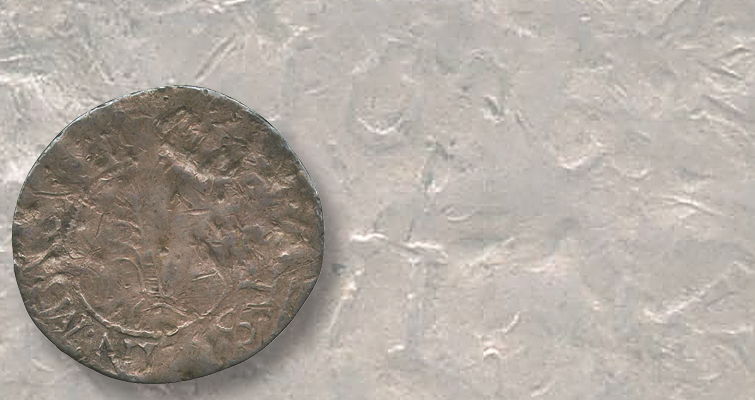 This 1652-dated Oak Tree sixpence has teeth marks and may have been used as a teething piece by a Colonial infant. 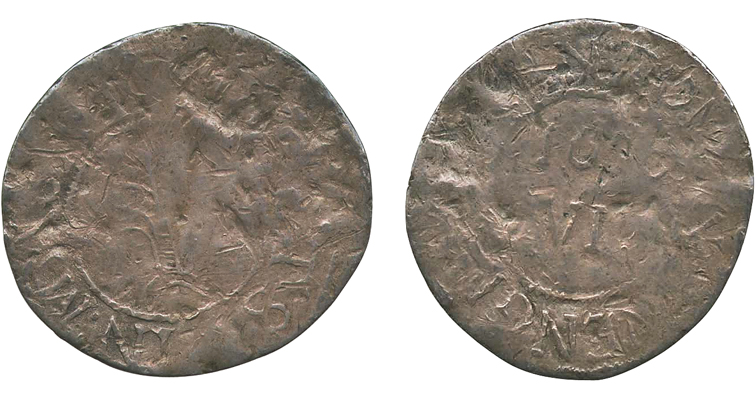 A Colonial infant may have left the teeth marks found on this 1652-dated Oak Tree sixpence. Silver coins were sometimes used to cool and sooth the gums of a teething baby.

Previous
Next
Teething is hell on babies, parents and grandparents. Coins, however, have provided a solution to the problem for centuries.

Folklore remedies include tying a small silver coin, such as a dime, around a baby’s neck as an amulet or using a large silver coin as a teething ring.

While the county child protection agency might frown on the practice, one recent posting on a genealogy website advised, “What you do is you put a hole in the top of it with an icepick, and then you put a fishing string through the hole, and tie it around their neck about midway where the Adam’s apple would be just a little lower then [sic] the Adam’s apple. Right where the windpipe or that indenture is in your throat. And leave it there until all teeth are in. Make sure you tie it up high enough where the child cannot put the dime in their mouth.”

A holed 1780s Spanish real was found during excavations at a slave cabin at Virginia’s Poplar Forest. In a 2011 article in Northeast Historical Archaeology, researcher Lori Lee describe the piece: “It is heavily worn and bears two deep impressions that some dental experts have identified as probable teeth marks.”

She notes, “Stephen McCray, born into slavery in Alabama, recounted to an interviewer in Oklahoma: ‘A dime was put ‘round a teething baby’s neck to make it tooth easy and it sho’ helped too.’ ”

A.G. Heaton, who popularized collecting by Mint mark, complained about the practice in an August 1903 article in The Numismatist.

“Many scarce silver pieces have been also bored to suspend in some way, either for teething infants or because their date happed to be that of someone’s birth or marriage,” he said.

In 1955 ANA member L.A. Pettitt wrote about his budding collection of teething-ring dollars.

He wrote, “Americans have always been practical people and in the early days when the time came for baby's teething ring, the big dollar with a hole and string came into use. The string looped around the baby's neck became a plaything and a practical teething ring for generations. At present, I have one of these dollars, an 1802 over 1 which came to me from a lady in Trenton who said it had been in her family since the early 1800s until she sold it to me. Two others, which came to me from Alex Kaptik of the Philadelphia Coin Club, are dated 1795 and 1799.

“The latest acquisition with a string on it, an 1844 silver dollar, came from Lansdale, Pa., and had been used by the babies in this family for nearly 100 years. I love these old dollars and was prompted to collect them because of the prices of fine dollars of this era.”

He concluded, “In looking at my four teething ring dollars my thoughts often turn to, ‘How many tiny teeth did these old dollars help to bring through?’ As they hang above my desk these coins bring many pleasant thoughts.”