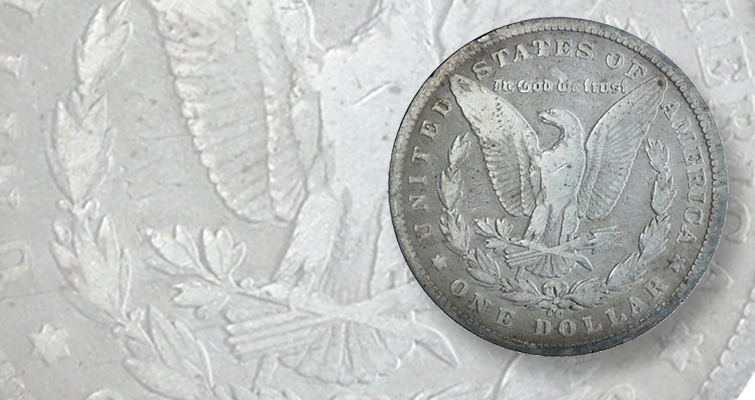 This 1890-CC Morgan, Tailbar dollar with a deep die gouge demands a premium. 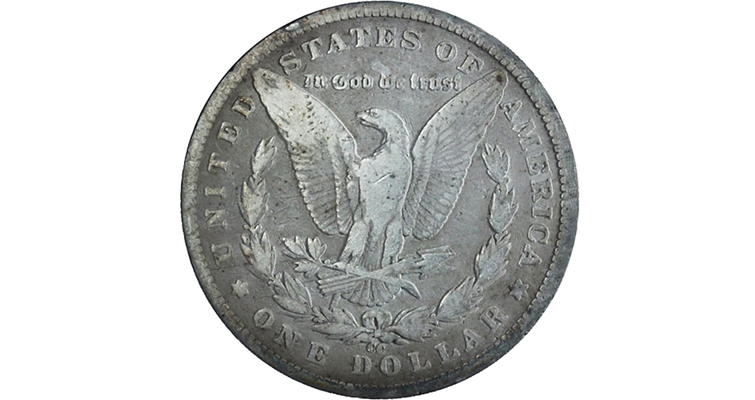 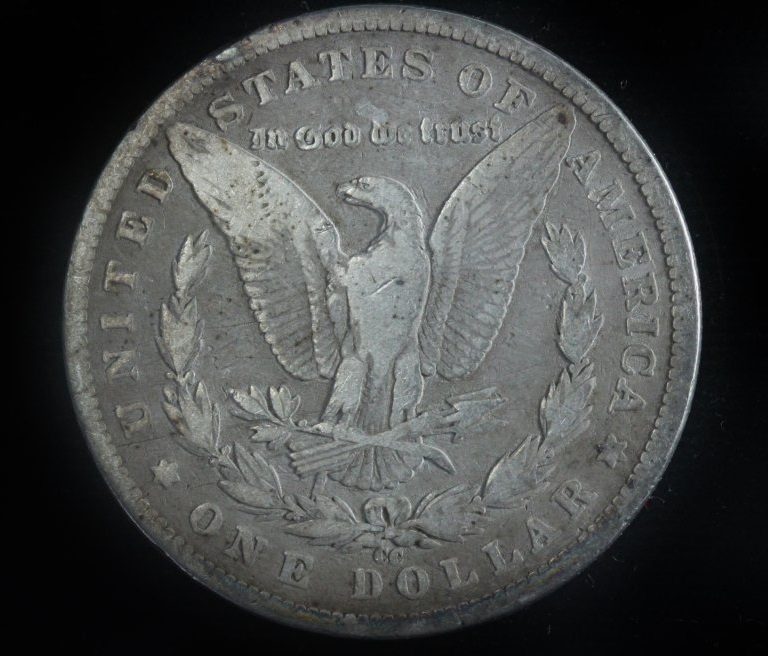 Hobbyists call the result of a die gouge on the 1890-CC dollar coin a “tailbar” because a bar seems to extend from the right tail feathers of the eagle.

Hobbyists who can rely on their own advanced knowledge of numismatics often can score big in online coin auctions, primarily because they know varieties that demand premiums, including among 1890-CC Morgan dollars.

Internet bidding may seem as if all is new; but the age-old maxim that “knowledge is power” still rules and translates to acquisition power when you’re hoping to score quality coins at a discount for your collection.

Case in point: The 1890-CCMorgan has the highest recorded mintage of any dollar in the Carson City Mint series, with 2,309,041 coins struck. However, almost half of that total — or more than a million coins — was melted under the 1918 Pittman Act.

Much of the remaining mintage was released into circulation, so lower-grade examples are plentiful, selling for about $100 or less for a Very Good 10 or Fine 12.

The coin with the reverse depicted above grades About Fine or thereabouts, but its value is much more than the average 1890-CC Morgan dollar because of a prominent die gouge, an indentation possibly caused by damage from a tool, on the reverse die that struck it.

Hobbyists call the result on the 1890-CC dollar coin a “tailbar” because a bar seems to extend from the right tail feathers of the eagle.

If you bid $100 on this coin, you would double your money at Fine 12. Find one in About Uncirculated 58, almost Uncirculated, and you could be looking at a $1,000 coin.

Varieties challenge many collectors. This particular variety is also known as 1890-CC VAM-4, discovered in 1951. The term VAM comes from the last-name initials of Leroy Van Allen and A. George Mallis, authors of The Comprehensive Catalog and Encyclopedia of Morgan and Peace Dollars.

One closing point about the 1890-CC Tailbar coin and online bidding: Several Hibid.com auctioneers still do not post photos of reverses, so that would rule out finding and bidding on such bargains from those sellers, not only of this variety but also a host of others.