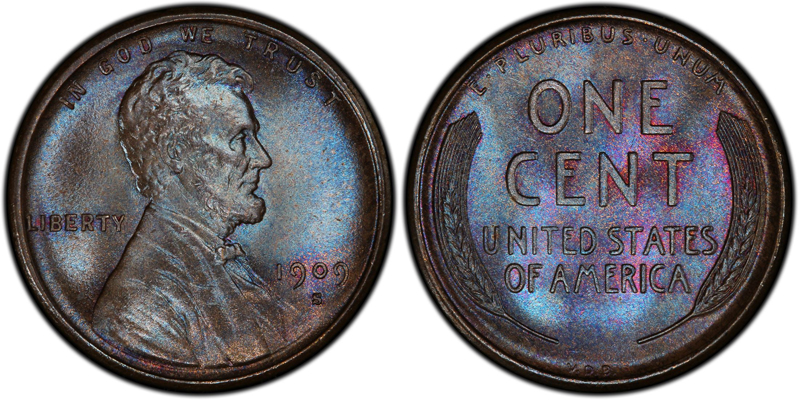 The 1909-S VDB Lincoln cent is among the blue-chip coins collectors should always be considering if they want to make money in numismatics.

After introducing the topic and discussing the first sure-fire way to make money in coins, buying and holding, here’s my second sure-fire tip.

Buy blue chips. Look for coins that have a large market base and show a long period of sustained appreciation. Blue chips are key coins in popularly collected series. Think 1909-S VDB Lincoln cents, 1916 Standing Liberty quarters and 1893-S Morgan dollars. Year in and year out blue chips go up in value, and they go up in all grades.

Just about every American collector has started a date-and-mint-mark collection of Lincoln cents at some point. The final five holes – 1909-S, 1909-S VDB, 1914-D, 1922 plain and 1931-S – though, are a stumbling block. Every collector wants to fill them, but many are deterred by price.

The five key coins, at least in circulated grades, hold the series’ value. Some have been on collectors’ wish lists for more than a century. There is tremendous demand for them. Just about every year they go up in value, regardless of what the bullion market is doing, regardless, to a large part, of what the general economy is doing.

If Warren Buffett collected coins, he’d collect blue chips. Collecting key coins is as close to Buffet’s signature “value” investing as a collector can get.

One caution about coins that appear to be blue chips, but are not. The value of a blue chip coin is based on genuine scarcity and genuine demand. If enough examples of a coin exist for it to be promoted on TV or in ads, then it’s too common to be a blue chip. Its value will disappear as soon as the advertising stops.