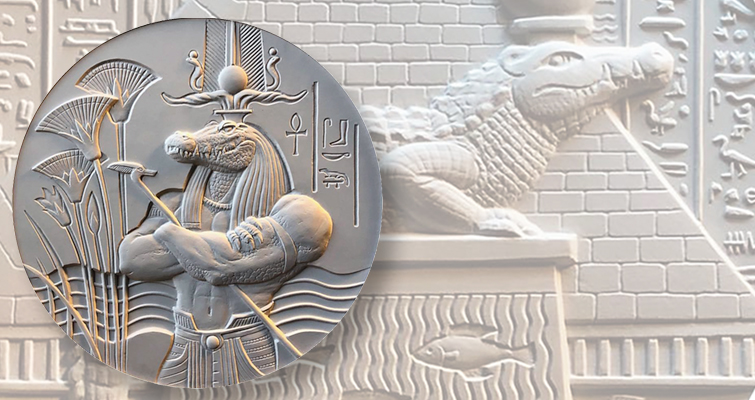 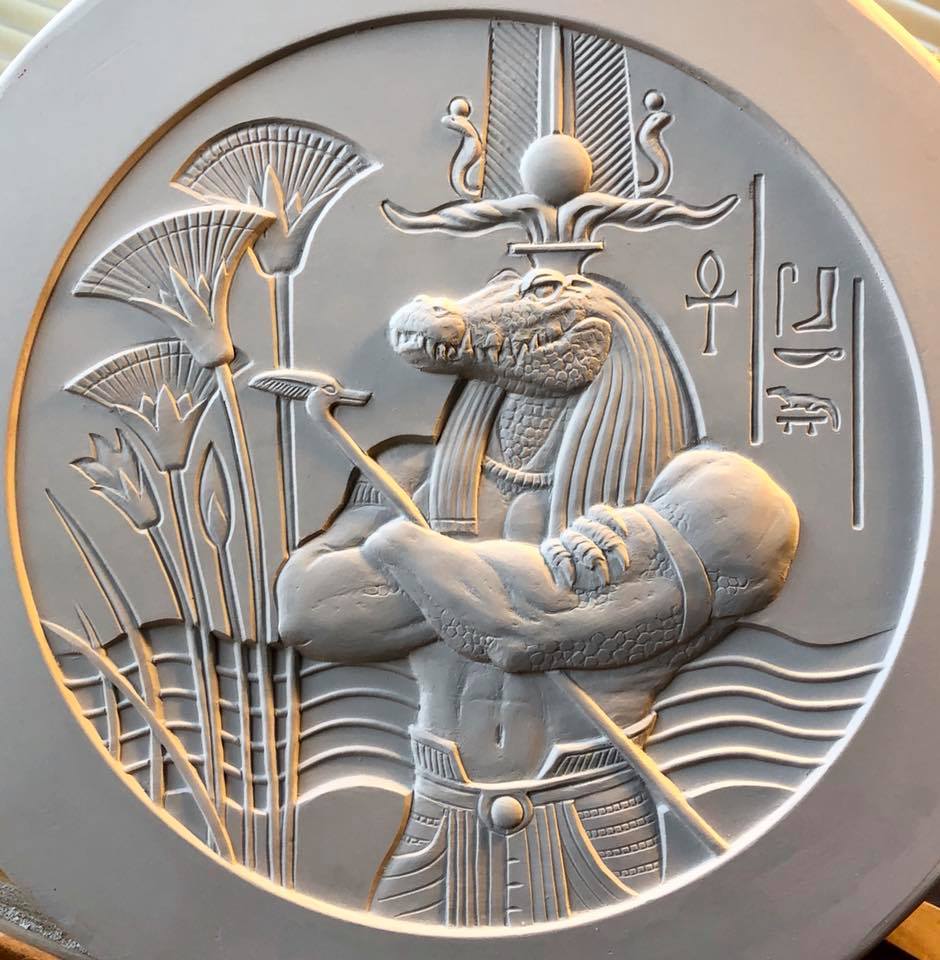 Plaster models depict Sobek, the subject of the new, third, issue in the Egyptian Gods series from Provident metals and minted at Sunshine Mint. The models were prepared by Heidi Wastweet. 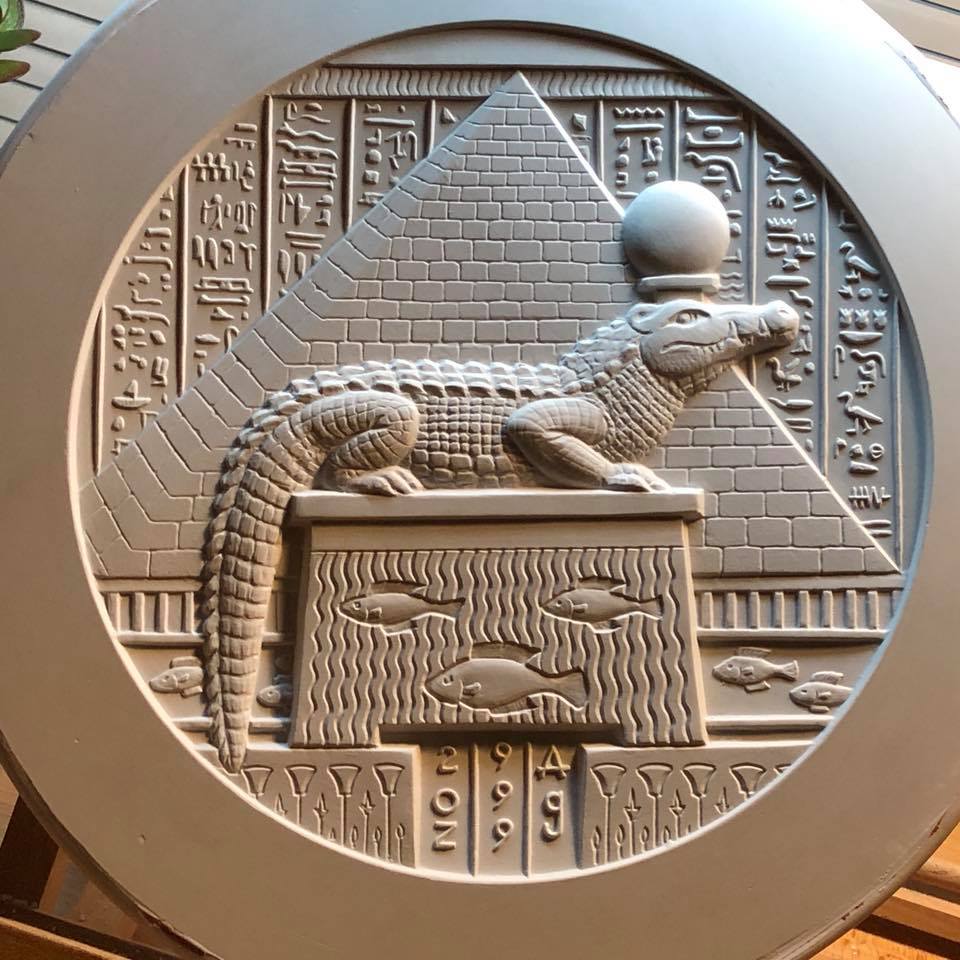 Wastweet's plaster of the reverse of the third in a series of Egyptian Gods rounds identifies the piece's 2-ounce .999 fine silver content, beneath the crocodile guarding the Nile.

Fans of the Egyptian God series of 2-ounce, high-relief silver rounds, designed and sculpted by acclaimed medallic sculptor Heidi Wastweet and distributed by Provident Metals, have been eagerly awaiting the new design for some time.

Last week, Provident Metals unveiled via a YouTube video the design of the new piece that depicts the god Sobek. The video showed fans plaster models of the new issue, prepared by Heidi Wastweet. Heidi said she has been working on this one a long time. She also studied ancient mythology and history while preparing the design.

The models will be used to produce the dies, and then rounds will be struck from the dies. This work will be done by Sunshine Minting, one of the companies that produces planchets for the U.S. Mint and other mints’ sovereign precious metal coins as well as those for dealer-issued rounds like the Egyptian series.

So far, the stunning rounds in the series are remarkable for their highly-detailed artwork and sculpting in the incused style of ancient Egyptian hieroglyphics as well as for their impressive high relief striking that brings out the intricate details of each design.

While displaying the plaster of the new design, representatives from Provident also announced final mintage numbers for the first two issues: the very popular Cleopatra piece was first, with a mintage of 38,767 pieces, and mintage of the second issue, Anubis, came in at 16,142 rounds.

The designs were also sold in limited-edition, hand-finished antique silver and BU versions with edge numbering, which were graded and encapsulated by NGC and both versions have a mintage of just 500 pieces.

Each round in the series, to include three new releases per year going forward, is planned to carry a detailed sculpt of the god or goddess on the obverse, and a reverse with an Egyptian pyramid and hieroglyphics, plus the animal associated with the god. For Cleopatra that was Isis and for Anubis it was a jackal.

Sobek, an ancient Egyptian god associated with the Nile River crocodile was often depicted as a human with a crocodile head, which is how he appears on the new round’s obverse. Sobek was the god of strength, power, and fertility and the protector of the Nile.

The obverse shows, according to promotional materials, “the Egyptian crocodile god, Sobek, standing with crossed arms. He carries a staff and wears a headdress. A contemporary rendering of the Nile River flows behind him, with plants growing from the soil to symbolize fertility. A series of hieroglyphs can be seen on the right side.”

“An iconic pyramid stands on the reverse in front of a wall filled with hieroglyphs. In front of the structure rests a table containing Nile River motifs of waves and fish. A crocodile perches atop the table, an earthly representation of Sobek. Inscriptions include 2 OZ., 999, and AG."

Sobek will be available soon for pre-order from Provident, which is aiming for an early December release if everything goes as planned with the production.